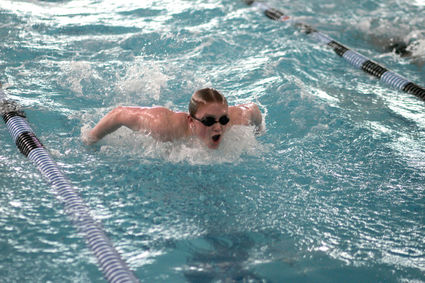 As the season winds down for the Plainfield co-op swim team, the group has its sights set on high goals.

The first of those were fulfilled last weekend when Plainfield won the Southwest Prairie Conference title at Oswego with 307 points, bettering the hosts by 24 points.

Leading the way for the champions were Marc Avery and Alex Dvorak, who each won a pair of individual conference titles.

The breaststroke is something new to Dvorak's arsenal.

"Last year I didn't swim as much 100-yard breast as I have this year so that's been a challenge this year," Dvorak said. "I finally got under a minute a few weeks ago at a meet."

Avery and Dvorak joined with Liam Davis and Ian Mallari to win the 400-yard free relay in 3:14.37.

Dvorak was part of another conference champion relay, as he teamed up with Jack Burke, Greg Benson and Jeremy Suarez in the 200-yard medley relay, posting a time of 1:39.31. 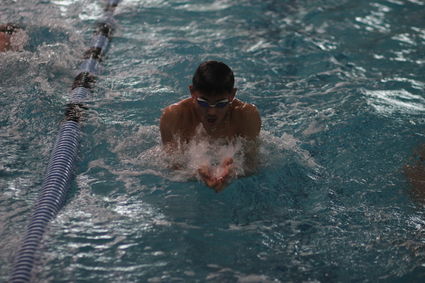 "The first meet of the season I went faster than my fully tapered state time last year," Avery said. "So, for this year, I want to win sectionals and state in that."

Plainfield has posted at least one medalist for the past seven seasons, last year, Avery was seventh in the 50 free and 11th in the 100 free, while he and Dvorak were on the 12th-place 400 free relay team.

The success of the Plainfield team has not only been talented swimmers, but the ability of coach George Sam, who is in his 15th year, to blend the athletes from all four District 202 schools.

"Every year it's interesting to make sure that kids from all four high schools get along with each other," Sam said. "The first year we finished with about 13 kids and this year we have about 30 kids."