Suspects identified and arrested for Coronavirus stunt at local store

After surveillance images were distributed, Wallace was identified and turned himself into police 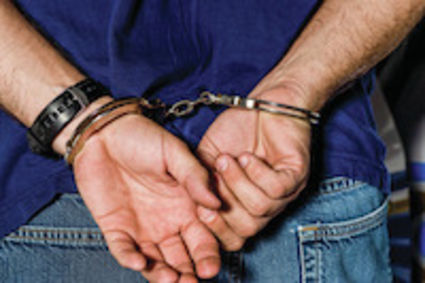 Two teens allegedly used a worldwide health crisis to scare customers and employees and damage more than $7,000 in merchandise Feb. 2 at a Joliet Walmart.

Shortly after 4 p.m. Tyler D. Wallace, 19, and a 17-year-old boy entered the store at 1401 Route 59 and Wallace put on a yellow medical mask, according to police reports.

"The masked suspect also had a handmade sign on his back that stated 'Caution I have the Coronavirus,'" Sgt. Chris Botzum said in a statement.

Wallace then allegedly took an aerosol can and walked through the store spraying produce, clothing and beauty products. The suspects then fled in a white GMC Yukon.

After surveillance images were distributed, Wallace was identified and turned himself into police Feb. 6. Wallace, of Joliet, has been charged with disorderly conduct, criminal trespassing and retail theft. The Will County State's Attorney's office said Wallace's accomplice has also been identified and faces similar charges in the juvenile justice system.