Fireplaces, space heaters and cooking all involved with most common ways that fires start in one's home 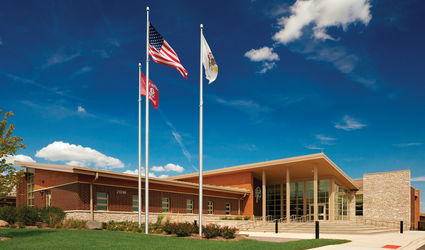 Every year, more than 4,000 Americans die because of some sort of fire related incident. Annually, U.S fire departments respond to an average of 52,050 fires that involve heating equipment.

This year, the Plainfield Fire Protection District who has more than 115 men and women on their staff, is urging those to be more cautious when using services that might have the possibility to start a fire such a fireplace, space heater and in the kitchen when one is cooking.

Next to space heaters, solid-fuel heating equipment like fireplaces causes the biggest risk for fires.

In order to stay safe and aware of what could ignite a fire, the Plainfield Fire District urges people to keep three feet of clear space around space heaters as an object such as clothing, furniture or bedding can catch on fire due to the spark a space heater gives off.

Before going to bed, Ludemann said that turning space heaters off is a must, and never plug a space heater into an extension cord.

For a fireplace, the main occurrences when a fire happens is from a failure to clean the fireplace and chimney.

Chimneys need to be clean and inspected annually by a qualified professional.

"Half of the fires that happen every year occur in December or January," Ludemann said. "One in every seven home fires and one in every five home fire deaths involve heating equipment."

Besides getting the chimney inspected, Ludemann urges those to only burn dry wood, and use artificial logs.

If someone wants to start a fire, flammable liquids are not the answer according to Ludemann, as she said that a newspaper or kindling wood should be used.

Allowing ashes to cool before disposal is also imperative, as well as putting them into a metal container with a lid that is kept at a safe distance from the persons home or at other gatherings.

To go along to try and prevent a fire at all costs, a must have for fire protection safety is a carbon monoxide alarm. 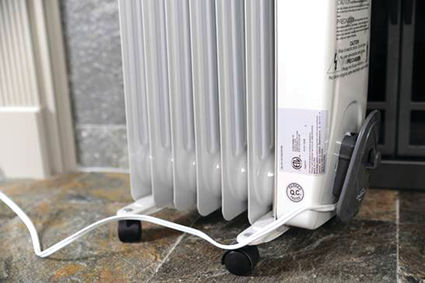 These alarms should be outside the persons bedroom on every level of the household, and they should be tested every month.

Carbon Monoxide is extremely deadly because it is a colorless and odorless gas that contributes to 400 deaths and more than 21,000 emergency rooms visits every single year.

Besides carbon monoxide alarms, smoke alarms should also be at every level of the household, and they should be interconnected so if one alarm goes off, they will all go off.

"The photoelectric and lonization are the two types of smoke alarms we recommend for people to have in their homes," Ludemann said. "Lonization alarms are generally more responsive to flaming fires."