It is alleged that at approximately 6:48 p.m., February 1, 2020, Ezekiel and Arron Thompson, armed and wearing hoods and masks over their faces, entered the Verizon store located at 1104 Ogden Avenue 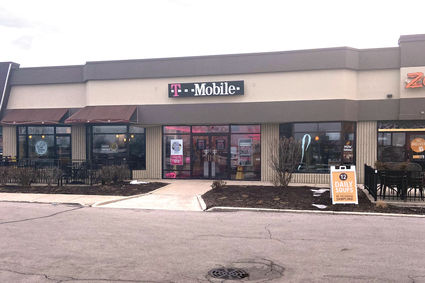 Currently, an investigation is underway for a robbery that took place at 7:42 p.m. Jan. 23 at the T-Mobile store in Woodridge at 1001 75th street.

The armed robbery that consisted of a man who was said to be in his 20s has been under investigation for the last couple weeks.

"When he first walked in, we were just in the back room getting some inventory out," said a store manager who did not want to be identified. "We heard the door ring to see who it was, and by the time we came out of the back room he pointed a gun at my face."

At first, the store manager said she thought it was a cruel prank, but once the masked individual used force, she understood it wasn't a joke at all.

The masked individual threw the store manager to the ground and proceeded to count down the seconds the manager had to give him money.

After the robber demanded cash, he directed the manager to lead him into the inventory room where he demanded for phones, wallets and keys of the store workers.

"He took all of our associates wallets and keys," the store manager said. "After that, he fled the scene quickly."

The apparel the robber had on was a dark black ski mask, a Nike camouflage black and white sweatshirt, green sweatpants, white Air Force shoes and his hood up.

"I would say the man was in his early to mid 20s," the store manager said.

In total, the masked robber took around $700 in cash as well as 58 cellular phone devices.

The store manager said that when he came in the store, it was all a blur to her and she didn't know how to react because situations like that are not something that someone anticipates happening every day.

"I was crying a lot because I was very afraid of the situation and my life and my associates lives being in jeopardy," the store manager said. "Going through the motion, it really didn't hit me until two or three days after it happened."

Anyone with any further information on the robbery is asked to contact Woodridge Police at 630-960-8998.