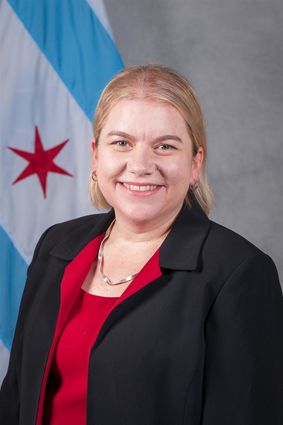 Two Chicago-area residents who tested positive for novel coronavirus earlier this year have recovered and were released from home isolation this weekend, according to public health officials.

Federal, state and local health officials made the announcement in a news release Saturday, noting that the risk to the general public remains low and the two patients caused no further spread of the virus.

"Based on what is currently known about the virus, and after close consultation with (the U.S. Centers for Disease Control and Prevention and the Illinois Department of Public Health), we believe both patients can now safely return to their regular activities, including work, without restrictions," Dr. Allison Arwady, Chicago Department of Public Health commissioner, said in a news release.

Arwady added the patients have had "multiple rounds of negative testing for the virus and are clinically well."

"They do not need to wear masks, and neither does anyone interacting with them. They have been cleared," she said.

The couple was hospitalized at AMITA St. Alexius Medical Center in suburban Hoffman Estates in January and released to home isolation Feb. 7. Public health officials did not release other identifying information due to privacy concerns.

According to the news release, public health officials worked to monitor individuals who were in contact with either of the two patients who tested positive. A CDC team was also deployed to the state, which became one of the first that can test for the virus without shipping specimens out of state.

According to a situation report from the World Health Organization dated Feb. 16, there have been 51,857 cases confirmed globally, but just 683 of those came from outside of China. The virus has resulted in 1,666 deaths, with three of them outside of China.

In the U.S., there have been 15 positive cases while 60 tests are pending, according to the CDC.

In Illinois, there have been just two positive tests, both in the patients that are now cured, and 48 negative tests. Two more tests were awaiting results Monday, according to IDPH.

Symptoms for the virus include mild to severe respiratory illness with fever, cough and difficulty breathing.

IDPH officials said the test it can administer is intended for people who meet certain criteria, which include having traveled to China and other exposure history, as well as exhibiting the stated symptoms.

Authorities believe symptoms appear between two and 14 days after exposure, and there is not a significant risk of a person transmitting the virus before they develop symptoms.

Public health officials urge the same protections one takes against the common flu - covering coughs and sneezes, washing hands with warm soap and water, and staying home when sick.

Chicago residents can reach CDPH by calling 311, and the Cook County Department of Public Health can be reached at 708-633-4000.

The concern over the recent outbreak of the 2019 novel coronavirus comes from the fact that it is a new, unrecognized strain. Previous novel coronavirus strains - such as the ones that caused MERS, or Middle East Respiratory Syndrome, and SARS, or severe acute respiratory syndrome - evolved from animal strains and have been associated with more severe respiratory illness, according to IDPH.

There is currently no vaccine to prevent the 2019 novel coronavirus.

However, the news release noted there are no additional precautions recommended for the general public to take in the U.S. because the virus has not been spreading widely here.