Two of four charged are juveniles who will be detained 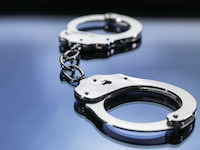 DuPage County State's Attorney Robert B. Berlin and Downers Grove Chief of Police Shanon Gillette announced today that four males have been charged with Attempt Aggravated Vehicular Hijacking (Class I Felony) for allegedly attempting to steal a vehicle from the garage of a Downers Grove residence.

Lamourice Shepherd, 21 (d.o.b. 912311998) and Dywane Hendricks,2l (d.o.b. ll7ll999), both of Chicago, appeared in Bond Court this afternoon where Judge Susan Alvarado set bond at $500,000 with I\Yo to apply for Hendricks and $750,000 with 10 percent to apply for Shepherd. Their alleged accomplices, two juveniles, appeared at a detention hearing this morning where Judge Brian Jacobs ordered that both juveniles be detained until at least their next court date which are scheduled for later this month.

On February 5, 2020, at approximately 4:15 a.m., Downers Grove Police Department officers responded to a call of "shots fired" on the 7400 block of Webster. An investigation into the matter alleges that an occupant of the residence was waffning up their car when they allegedly observed through the front window a vehicle stop in front of the home and turn off its headlights. It is alleged that two occupants of the vehicle then exited the vehicle and began walking up the

of the vehicle, Shepherd, Hendricks and the two juveniles, were taken into custody at this time.

"In the past several weeks we have seen a significant increase in vehicular hijackings in DuPage County," Berlin said. "The common thread exhibited by all these defendants is the complete disregard and disdain for the rule of law and our justice system.

In DuPage County, however, we do not share their indifference. Public safety remains a top priority of not only my office, but of law enforcement throughout the County. I would like to thank the Downers Grove and Darien Police Departments as well as the Illinois State Police and the DuPage County Sheriff s Office for their outstanding efforts in apprehending the defendants in this case. I would also like to thank Assistant State's Attorney Helen Kapas and for her efforts on this case as well."

"The efforts of everyone involved throughout this incident and beyond are a testament to how important it is to always work together, whenever possible, to ensure a safe and successful outcome," stated Illinois State Police District Chicago Interim Commander Angelo Mollo. "I would also like to thank all of the officers involved and the DuPage County State's Attorney's Office for their pivotal role in arresting and charging these individuals," he concluded.

The next court appearance for both men is scheduled for March 2,2020 in front of Judge George Bakalis for arraignment.

Members of the public are reminded that this complaint contains only charges and is not proof of the defendants' guilt.

The defendants are presumed innocent and are entitled to a fair trial in which it is the govemment's burden to prove their guilt beyond a reasonable doubt.

On Feb. 6 at approximately 4:15 a.m., the Downers Grove Police Department responded to a report of an attempted vehicle theft in the 7400 block of Webster St. Two people were seen approaching a vehicle in the driveway when they were confronted by a resident. The resident reported hearing a possible gunshot as the suspects left the area.

The suspects entered a dark colored vehicle and were seen fleeing the area northbound on Webster St. No injuries were reported.

A description of the suspects' vehicle was broadcast to area police agencies. The vehicle was located by Darien Police but refused to stop. The Illinois State Police reported that the vehicle fled northbound on I-55 until the vehicle crashed at King Dr.

The vehicle occupants were taken into custody at the scene and transported to the Downers Grove Police Department. The incident remains under investigation.