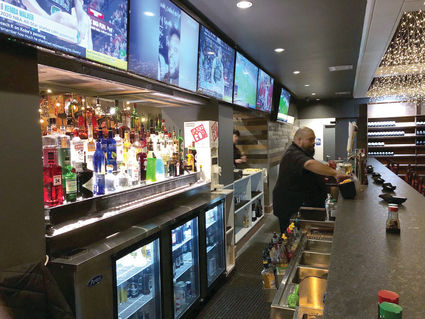 A new restaurant and bar has been opened in the Downers Grove area this year for those that enjoy all types of Asian food.

Wasabi Restaurant and Bar celebrated its opening with a ribbon cutting ceremony on Jan.30.

The ceremony was held at the location, which is 5130 Main St., and the ceremony was attended by Downers Grove Mayor Bob Barnett who also stuck around the restaurant to try the food for himself.

"It covers pretty much all Asian foods and most of what other Asian restaurants offer," said Manager and Owner Ben Yu. "We carry Japanese, Chinese, Thai and Korean food as well."

The sushi roll selection varies from the gamut from traditional California and sweet Philadelphia rolls to different types of specialty rolls like the Jekyll N Hyde that wraps shrimp, crab, mango and jalapeno with a topping of avocado, inari, tempura flakes and wasabi mayo.

"It took time with the efforts and construction of the restaurant to be what we wanted it to be," Yu said. "The city of Downers Grove helped us out a lot because we had to change the design a few times and they were very helpful with that vision."

For those who want to participate in dinner meals at Wasabi, there are a plethora of Chinese entrees that are available at the restaurant.

A few of the most popular dinner specials so far are beef and chicken lomein, General Tso's chicken and Kung Pao shrimp. 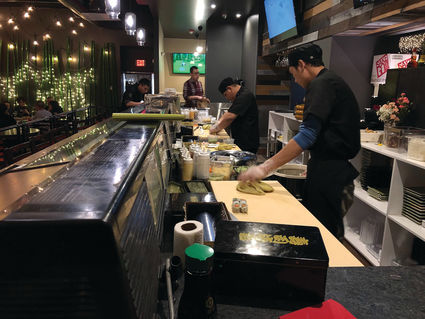 Other items to go along with the most popular food choices are pad Thai, panang curry chicken and Korean seafood bowls.

The restaurant as of now has a total of six servers, but Yu said that as the restaurant grows more and becomes more popular, more servers will be welcomed down the line.

"So far we have had mostly positive feedback which we always like to here," Yu said. "People have said that the food is great, and as we get going even more then we will hire more people in the future."