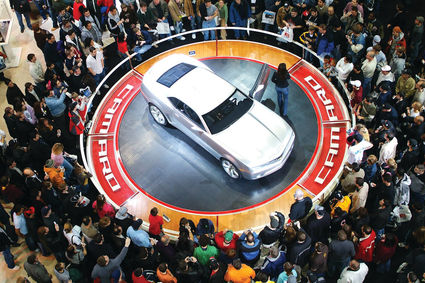 Since 1901, fans of the automotive industry have had the pleasure of going to the Chicago Auto Show.

The biggest auto show in North America was originally staged at the third Chicago Coliseum that was at 1513 S. Wabash Avenue.

To give fans and aficionados more information about the show, Chicago Auto Show Historian and Archivist Mitch Franklin spoke to the Plainfield Public Library District.

"The presentation covers the entire length of the show from 1901 until 2019," Franklin said. "It was to put something together more visual so that people could get a better understanding of what the show was like in the early days."

Franklin started the presentation off with cars from 1901 and how they have evolved, to go along with how the show has evolved since its debut.

The show originally started off with an indoor track for attendees to test drive the ten cars that were shown which included five electric, powered, three steam powered and two with gasoline engines.

During the second show in 1902, an upgrade from 10 to 100 cars were shown, and every year since the event gets larger in size.

In 1961, the Chicago Auto Show moved from the International Amphitheatre to the original McCormick Place.

Because of additional expansions to the McCormick Place toward the end of the 20th century, it has now allowed the Chicago Auto Show to be the largest in the country.

Currently, the event has more than one million square feet in the North and South exhibit halls of the McCormick Place.

"I started presenting because I really wanted to get people interested in the history of the Chicago Auto Show," Franklin said. "There's really not much left in the city of Chicago that goes back to 1901 that's still going and is affordable for families."

This year, the show at the McCormick place lasts from Feb. 8 until Feb. 17, where Toyota, FCA US and Mercedes-Benz have all configured indoor test track experiences as well as displays of their vehicle models. 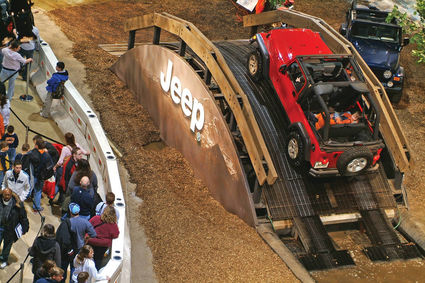 Franklin said that usually there's more than a million bystanders who show up for the week and a half show, and there's a wide variety of different cars for people with different tastes.

Electric, hatchback, hybrid, luxury, sedan, sport-utility, sports cars, sporty coupe and super cars are just some of the vehicle types on display, as well as an entire section of imported cars.

In order to access entry, it is $13 for adults, $8 for seniors aged 62 and older, $8 for children seven to 12 years of age and free admission for children who are six and younger when accompanied by a paying adult.