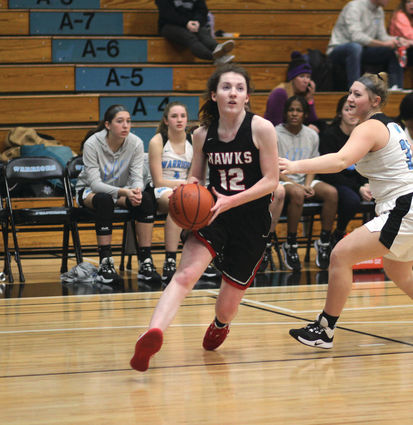 Niamh Gardiner has joined with her sister to help the Hawks to a successful season.

To say that the Gardiner twins mirror each other in almost every way would be a large understatement.

The Maine South juniors have both eclipsed the 500-point mark, Niamh is 5-feet-11 and Nicole is 5-feet-10, they both average double-digit points per game, they were born one minute a part and not to mention, they are both incredibly competitive.

"Both girls are both very special athletes," said coach Jeff Hamann. "They get it done in the classroom, they're both role models, humble and just overall great kids."

Throughout the season, both sisters have been key contributors to the Hawks (22-5, 7-2), as they have been averaging 10.4 points per game and being the main vocal point for the Hawks offense.

From a young age, both sisters competitive nature came from their two older brothers who were no strangers to Hawks basketball.

Joe and John were both integral players during their time at Maine South, and both Niamh and Nicole said they helped them evolve as basketball players.

"We've always played with our older brothers and that's how we both kind off got more competitive as time went on," Nicole said. "We're all a very competitive family, and for us, we have been playing sports since we were in kindergarten, that's just who we are."

As the two brothers and sisters played in their back yard in Park Ridge, they also have another family member who has made his way beyond the high school realm.

Their cousin, Tommy Gardiner, a Maine South graduate, is a sophomore at the University of Marquette, and both girls said they enjoy watching him play on T.V. and seeing how his game has grown over the years. 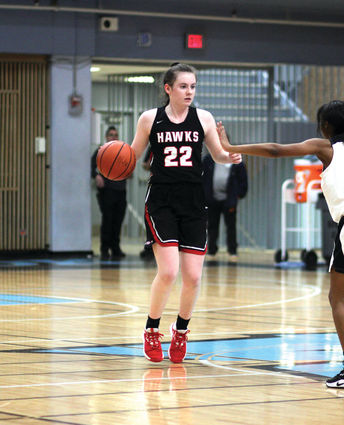 Nicole Gardiner has equalled her sister in averaging 10.4 points per game this season.

This year, which is both players second year on varsity as starters, the Gardiner sisters said that they have bigger fish to fry then making it to the regional final last year where they lost to Evanston.

"I think we have a really good team this year that can make it past where we did last year," Niamh said. "We've got great girls on this team, and we're getting hot at just the right time for the playoffs."

Although both girls are supremely talented, they don't take their skills for granite.

During the off-season, since middle school, they have trained at Full Package Athletics along with other members of their team, which they say helps their chances even more through the commradery they have built.

"It's good because we get a lot of practice with each other being with four out of the five starters on the team that also practices there," Niamh said. "We're always together which helps us bond on and off the court."