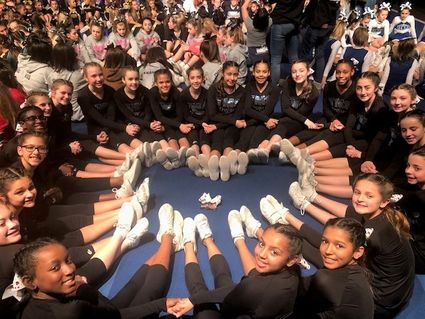 The Troy Middle School Varsity Cheer Team placed 4th at the IESA State Cheerleading Competition in January, with their performance dedicated to a special young woman.

The team surprised Co-Coach Erin Locke with special hair bows the girls wore for the state competition. The bows had ladybugs and the words, "Addison, Forever in our Hearts," in remembrance of Locke's daughter, who participated in Cheer and Dance before she passed away in 2013. Locke said her daughter believed ladybugs brought her luck.

"Addison loved to cheer and dance and did both when she was alive," Locke said, "so knowing she was with our team made it even more special. My other daughter Rori is on the team as well, and knowing she was able to compete with her sister once again really made Saturday extremely special for not only both of us, but for our family as well."

The team's other Co-Coach is Julie Brandolino, with Toni Nissley serving as a volunteer. 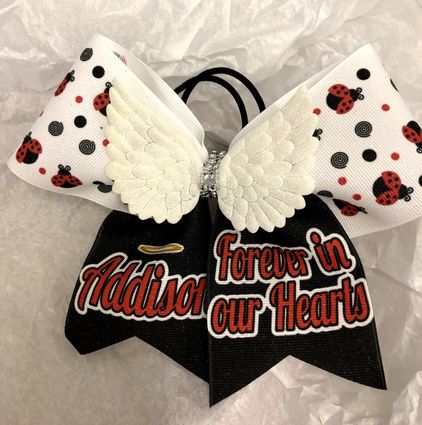 "This group of girls will always have a special place in my heart," Brandolino said. "These girls practiced almost every day since August for this final two-and-a-half minute routine. When they hit their routine at State, I was overwhelmed with emotions. The girls experienced a routine with no deductions. They might not have won a trophy, but they won a memory that will last a lifetime."

Locke said the team performed their routine perfectly on the day of the competition.

"We had a great season," Locke said. "All of the girls really put their heart and soul into our season, and receiving 4th place at State was the cherry on top. This group of girls really molded themselves into a family, which made coaching them even easier because they all wanted to be there all the time."