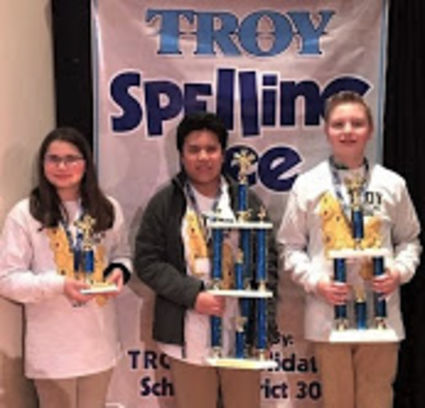 Troy Middle School seventh-grader Elijah Zamoras was the big winner in Troy Community School District 30-C's Spelling Bee this year, coming in first place with the correct spelling of the word, "vortices." Elijah has long been a good speller, taking runner-up in last year's competition as a sixth-grader.

The victory was achieved in just seven rounds, with eight spellers competing.

He will represent Troy at the Will County Spelling Bee on March 10 at Lockport East High School. That winner there will continue to Maryland for the 2020 Scripps National Spelling Bee, May 24-29.