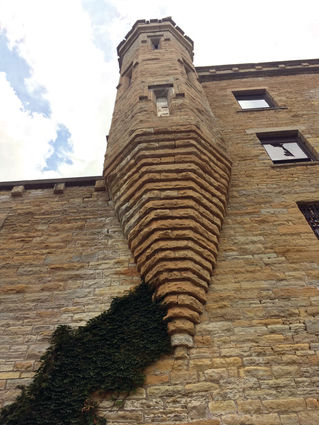 In the last 40 years, there might not be a more iconic movie than "The Blue Brothers."

"The Blues Brothers" was shot in 1980 wan is known throughout Will County for its opening scene that was shot at the Joliet Correctional Center on Collins Street.

The prison, which was established in 1858, will host a two-day Blues Brothers festival that is set for Aug. 21 and 22 to mark the 40th anniversary of the film.

The Old Joliet Prison, which has now converted into a tourism site, hosts regular tours for fees that range from $20 through $50.

Throughout the years of existence, the prison has hosted numerous tours, festivals and many films and productions, but it is still most notably famous for the opening scene in "The Blues Brothers" movie.

During the film that was directed by John Landis, it focuses on Jakes (John Belushi) release from prison and him reuniting with his brother, Elwood (Dan Aykroyd)

where together they are known as the "Blues Brothers."

Jake's first task is to save the orphanage the brothers grew up in from closing, and to do that, he must raise $5,000 to pay back taxes.

The brothers believe they can earn the money by getting their old band back together, but as time goes on after playing at numerous amount of gigs, they realize that the money will be harder than they thought to receive.

"This movie established such a backstory just simply walking out of that gate in the street it's unbelievable," Peerbolte said. "The Blues Brothers love letter to Chicago was more specifically a love letter to the south region of Chicago because a lot of movies at that time were being filmed on the north side of the city."

During the festival in August, fans will have the chance to see the movie being re-aired, Blues Brothers tribute band(s) and a replica of the stage at Bob's Country Bunker - the scene where Joliet Jake and Elwood Blues were protected by chicken wire while singing the blues to a displeased.

"It's kind off a no brainer to commemorate on what was an important movie," Peerbolte said. "People can anticipate a lot of music and hearing about the movie itself come August, it will be a great time for everybody."

Although the movie is very popular throughout the Will County area, in 2018, more than 1,500 people voted upon the top 10 list as part of the state's bicentennial celebration, and on that list, it just so happens that "The Blues Brothers" was ranked No.1 for the top movie in Illinois.

Besides the much-regarded event in August, the Old Joliet Prison will be hosting another major event in October. 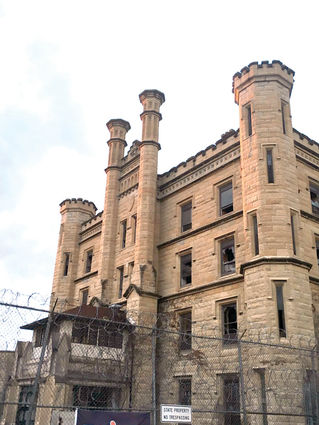 The 13th Floor entertainment company that operates nationwide with 16 haunted houses will be partnering with the Old Joliet Prison to hold a haunted house in the former women's prison.

The site for the 13th Floor will be at 401 Woodruff Ave. where spectators can enter and enjoy a good spook and a piece of history for Halloween.

"That will be a pretty cool experience with the 13th Floor being there in the old women's prison," Peerbolte said. "Both events will be a must see, and we can't wait to see the turnout."