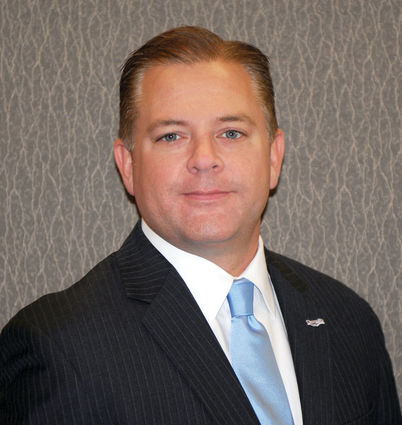 During the State of the Village address issued to the city of Romeoville by Mayor John Noak at the Edward Hospital Athletic and Event Center, several key components were discussed to illustrate the success the city had last year.

In what was the 30th annual State of the Village address, topics such as transportation, tourism and business were talked about.

"We really wanted to discuss the strong financial place the village is currently in," Noak said. "Part of that is that we reduced the tax rate the last three years in a row."

With the property tax rate decreasing the last three years, Romeoville doesn't think it's going to stop anytime soon as they continue to provide new amenities for residents.

Throughout the last several years, thousands of new jobs have been created through robust development, which Noak said created a better economic outlook for the city as a whole.

During this period of an increased amount of available jobs, some of the amenities that Romeoville has been providing have been conducted upgrades to Budler Park while also opening the new 51-acre Discovery Park to go along with other community projects.

During 2020, grants were announced for work being done at O'Hara Woods, Volunteer Park and Lake Strini.

In conjunction with the work at Lake Strini, a new playground and upgraded paths are on tap for Conservation Park, to make the village even more of a kid friendly atmosphere. A 179 percent increase in 'cash on hand' since 2008 was also something Noak wanted to highlight to go along with stability of the economy and how well the village is doing financially.

Additionally, the tract of land along 135th street (across from the post office) has been designated for a future dog park and open space, as well as a new site for a future American Legion Hall.

On top of the plans for the American Legion Hall, a new indoor pool and fitness center will be constructed directly to the west of the existing Romeoville Athletic and Event Center for families to enjoy.

Noak also added because of the constant improvements that the community has made, there has been a significant upgrade on the value of a home in the village.

A recent article in Crain's Chicago Business illustrated that Romeoville had a nine percent increase in 2019 for the value of a home, which was one of the highest home value increases in Will County.

One area that Noak said is still undergoing a lot reconstruction is the cities many needs for transportation.

I-55/Weber Road, Route 53 and the Metra Station were just a few of the major talking points where Noak said that he understands it can be frustrating with the time of the construction, but in the long haul it well make a huge difference in travel time.

"We understand that some of the areas that have undergone construction have taken awhile and it can be a little bit of a hassle at times especially during rush hour," Noak said. When the construction is done at the major areas however, our community will be in a much better place as far as transportation goes getting people where they need to go."