KOHA has delivered more than $100,000 in sales to local businesses and more than $6,000 in donations to date 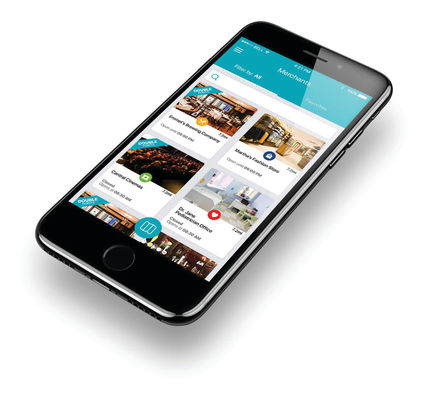 In an effort to help build a better way to support local businesses that support Downers Grove North and Downers Grove South High Schools through donations, the District 99 Education Foundation has launched the use of KOHA.

KOHA is a local mobile application program that is designed to help connect local businesses with school and nonprofits more frequently.

"To date, we've primarily worked with the Downers Grove community and District 58 by starting off with the 13 elementary and middle schools," said co-founder Janet Alikpala.

Now, community members are able to download and begin using KOHA by just downloading the "KOHA Life" application and then creating an account by selecting "District 99 Education Foundation".

When KOHA users shop at a participating business that is listed in the application, a snap photo of their receipt and a portion of their purchase will then go back to the district.

"We've partnered now with more than 50 local businesses in the area," Alikpala said.

One of those shops that KOHA partnered with is Mojo's East Coast Eats, where owner Jon Scoggin said that the partnership with KOHA has driven new business for his store, while still having the chance to give back to the district.

"There's nothing extra out of their pocket, no extra effort on their part and all they have to do is shop at these small businesses and then we give back a portion of our proceeds to the designated community organizations like District 99 and District 58."

In 2018, KOHA was developed to increase revenue to local businesses first in Downers Grove, specifically for elementary school District 58.

Since the launch of their program, KOHA has delivered more than $100,000 in sales to local businesses, and more than $6,000 in donations to date. Their network of beneficiaries is increasing and District 99 is now an official beneficiary on the platform.

"What's nice about this platform is that it's not limited to just one industry," Alikpala said. "We have service oriented people on the application like insurance agents, realtor, dentists and other places who don't usually have a platform to give are now able to give on this platform."

KOHA is actively looking for small businesses that are willing to give back to District 99 and other schools and nonprofits in DuPage, Cook, Will and Lake Counties