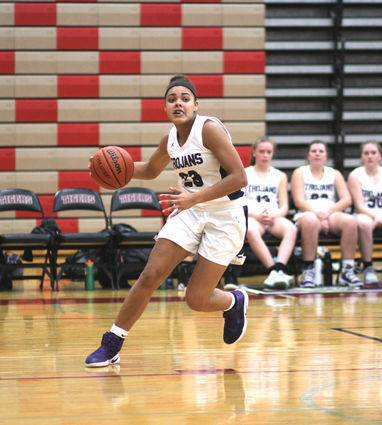 Sustained excellence is hard to do in any sport.

In his eigh seasons as the head coach for Downers Grove North, he has just had one losing season in his tenure, which was his first year in 2012-13.

"I give all of the credit to the kids because they buy into our system," Bolt said. "We tell them to leave it all on the floor on the defensive side of the ball."

Not only are the Trojans in position to make another deep playoff run, but also they are doing it with three sophomores in their starting lineup.

Eleanor Harris, Ryann Wendt and Kate Gross have all been key components to the success of this year's team, and with senior captain Ellie Gross molding them into leaders and developing their game, the Trojans are gaining more confidence with every single game that they play.

"The underclassmen are playing very well," Gross said. "They're playing way beyond underclassmen and handling the pressure very well, it's very fun to play with them and I can't imagine how good they will all be in the next couple years on varsity."

During Bolts tenure, the farthest the Trojans have gone is to the sectional semifinal, which was his second year on the job, and he said he believes his team is poised for another great run with the players he has.

"Our sectional has been tough the last several years with teams like Simeon and Montini and some other teams like that," Bolt said. "I really like our team this year though, I'm excited to see if we can make a nice little run when it comes playoff time."

In one of the Trojans most recent games, a 52-32 victory came against a team that is trying to establish a new culture with a new head coach.

Plainfield North (13-12, 5-6), who has had success in the past, struggled last year with only winning seven games after averaging 17 wins the previous three seasons. 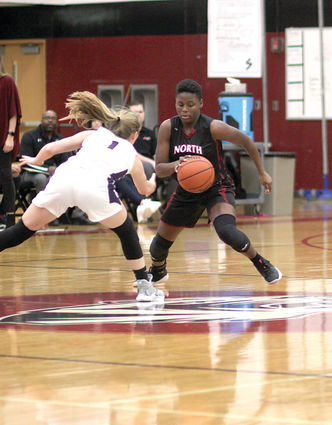 Following the down year, the Tigers made a change at the head coaching position as Michaela Reedy took over for Reggie Lemon.

Reedy, who played her college basketball at North Central College in Naperville, has brought over a system that she said is self-explanatory, run and gun.

"Coming into this program I understood that we had a lot of quick girls that were kind off smaller," Reedy said. "At North Central we had a run and gun shooting offense which I was used to so I wanted to implement styles of that."

Defensively, Reedy said that slowing down the other team by trying to put them in a half court offense so her team will have more opportunities to shoot and score is also what she has been trying to implement.

So far on the year, the Tigers have found some success, but overall mediocrity has been the part of the Tigers 2019-20 season so far.