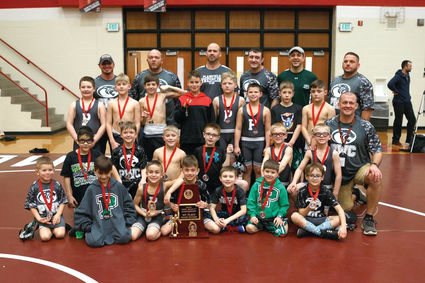 The Plainfield Wrestling Club just accomplished something that is unprecedented for them.

They participated in an IKWF statewide tournament.

"IESA is the wrestling you do through grade school and junior IKWF is club wrestling," said president Ryan Weber. "Our club is a non-for-profit that concentrates on building good athletes, strong students and getting them ready to compete at a high level."

The club that has been around since 1974 is utilized by members that start as early as four-years-old, and that goes up to eighth-grade students.

Currently, the roster consists of more than 70 wrestlers that compete.

"It's been a goal since I became a part of the club five years ago and especially since I've been president for the last year to bring home a title," Weber said. "We were all very excited for that opportunity."

For the club, there are three different levels where wrestlers are positioned.

Level one is a concentration on four, five and six-year-olds that are first year wrestlers.

Level two is seven-year-olds through 11 years old, and these wrestlers are intermediate with a few years of experience.

Level three is for most advance wrestlers who are on the senior dual team that have been with the club for several years.

"We want our kids to participate in other sports besides wrestling and not get them completely burnt out before they go into high school and decide if they want to wrestle," Weber said. "Kids who go through all of the levels wrestle a lot in those 10 or so years."

In order to receive a spot in the statewide tournament, the Plainfield Wrestling Club had to go through leaps and hurdles to qualify.

During the regular season, every Sunday, kids are able to participate in tournaments, where typically 12-14 are hosted per year.

For their own records, kids compete for themselves in their own separate weight class. 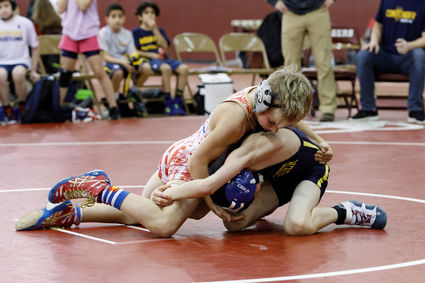 For this years state tournament, a qualifying divisional state match on Jan. 9 at Drauden Point Middle School took place where the Plainfield Wrestling Club hosted the event and qualified.

Eight different regionals had to qualify to be eligible for the tournament, and the senior dual competition combined two regionals for a divisional round.

There are four divisions in the state and the Plainfield Wrestling Club is in the eastern division where they participated in the state tournament.

"In the tournament there was no one under 10-years-old that competed," Weber said. "In the tournament, eight out of the 12 teams were placed and everyone who wrestled had at least five matches."