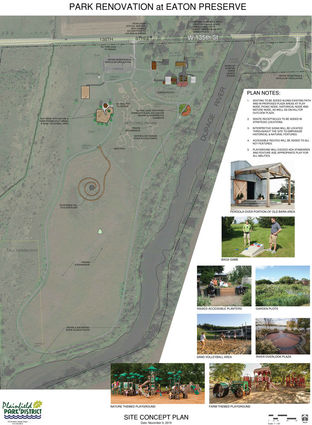 Funds from the Open Space Land Acquisition and Development (OSLAD) grant will be used to complete a planned renovation of the Park District's 75-acre Eaton Preserve on West 135th St., which includes a picnic shelter, playground, and natural area.

To view concept artwork for the new Eaton Preserve, go to the Park District's website.