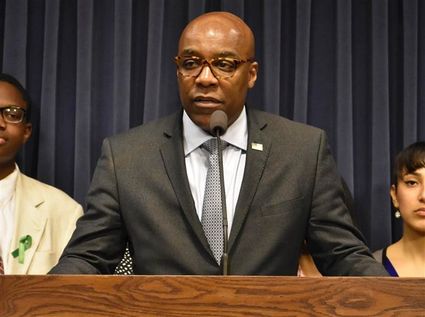 "Americans have long agreed that discrimination based on sex is unacceptable," Raoul said. "But by enshrining that shared value in our Constitution, we have made a commitment never to go back."

The states filing suit – Illinois, Virginia and Nevada – were the final three states to ratify the ERA. Nevada signed on in 2017, Illinois in 2018 and Virginia two weeks ago, allowing the amendment to meet the 38-state threshold to be added to the Constitution.

However, making the ERA binding is not as simple.

In the complaint, the attorneys general are asking a court to direct U.S. National Archivist David Ferriero to officially write the ERA into the Constitution, as per his duty. The U.S. Department of Justice, however, effectively ordered Ferriero not to do so because the ratification deadline imposed by Congress expired in 1979.

Additionally, five states want their ratifications rescinded: Idaho, Kentucky, Nebraska, Tennessee and South Dakota. The latter joined Alabama and Louisiana in a federal lawsuit last month that aims to block Ferriero from adding the ERA to the Constitution.

Experts have said it is likely the final decision will have to be made by a court.

The three AGs hinge much of their argument on Article V of the Constitution, which governs how amendments are ratified.

"The power to decide when to ratify is not limited in any way by Article V," Virginia Attorney General Mark Herring said. "Nowhere does it provide for rescission."

A proposed Constitutional amendment becomes "valid" once it is "ratified by the Legislatures of three fourths" of the states, Article V reads.

Also, the lawsuit argues, the 27th Amendment was added to the Constitution in 1992 by the then-Archivist Don Wilson "shortly after" the final state ratified it.

As an Illinois state senator in 2018, Raoul voted for the resolution that made Illinois the 37th state to ratify the ERA.

"It was one of my very last acts as a member of the Legislature," he said. "And to have been elected attorney general and to be able to contribute to making certain that we recognize the 28th Amendment, it means a lot to me."

Raoul added that he has a 19-year-old daughter in college who aspires to go to law school.

"She will promise to support a Constitution that will equally support her," he said.

A 2016 poll commissioned by the ERA Coalition found 77 percent of Americans "strongly agree" with a Constitutional amendment that guarantees equal rights to both men and women. Another 17 percent "somewhat agree."

"We have waited too long already for equal rights, and it is shameful that there are those who would have us wait even a moment longer," said Carol Jenkins, co-president and CEO of the coalition, which is comprised of more than 100 organizations supporting women's equality.

Jenkins says securing the ERA "is a life-or-death issue" because it will give women a legal basis to take on issues of gender inequality, including pay differences and violent crimes.

"Women in the home and workplace continue to fear sexual and physical assault with no recourse to federal courts, because without the ERA there is no basis for such jurisdiction," she said.

The Equal Rights Amendment is 24 words long and reads, "Equality of rights under the law shall not be denied or abridged by the United States or by any State on account of sex."