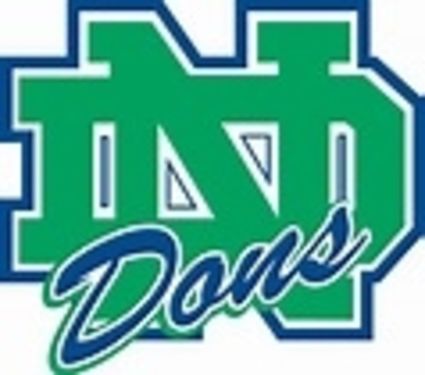 The Chicago Public League Red South-Central Division is considered by many to be the best boys' basketball conference in the state. Simeon leads the conference with seven IHSA state championships.

Morgan Park has taken home four IHSA state titles. Curie won two, but had to forfeit, one championship because of illegalities and Bogan placed second in Class 3A last season.

Back on December 15, 2019, Notre Dame defeated Bogan 58-56 in a Team Rose Shootout Game at Mount Carmel. What made the Dons' win even more impressive was standout guard, junior Anthony Sayles, did not play.

The Dons took a 12-game winning streak into their Chicago/Suburban Shootout at Fenwick High School on MLK Day Monday versus CPL Red South-Central foe Morgan Park. With Sayles scoring 18 points, the Dons rolled to a 68-59 win over the Mustangs.

On Saturday at the 'When Sides Collide' Shootout at Glenbard East, the Dons put their 14-game winning-streak on the line against Simeon.

The Dons were looking defeat the Wolverines and complete a sweep of the mighty CPL Red-South Central Division.

Notre Dame (21-3) closed to within two in the third quarter and then again within four points in the fourth quarter before falling 67-53, dashing its hopes of sweeping the mighty CPL RS-C and the Dons' 14-game wining streak came to a close.

"Give all the credit to Simeon," Notre Dame associate coach Shay Boyle said. "They were the better team today and outplayed us."

Like it has many times this season, the first two minutes of the third quarter belonged to Dons junior Louis Lsemond. In 90 seconds Lesmond (15 points, three 3's) buried a pair of long-range bombs to pull the Dons within 32-26 with 6:30 remaining in the quarter.

With 3:45 left, Lesmond scored inside and when Sayles' sent the sell-out crowd into a frenzy with his monster slam, the Dons pulled within 35-33 with 3:10 in the third quarter.

Simeon closed out the quarter on a 8-2 run led by St. Laurence transfer Jerome Williams (24 points), who scored six consecutive points for the Wolverines.

The Dons would not go down easily.

Clearly fatigued, Notre Dame withered against the high-flying Wolverines from Chicago in the last few minutes.

Junior Troy D'Amico scored 14 of his 20 points in the first half.

"They had much more energy than we had," Lesmond said. "They wanted it more than we did. In these similar situations in the future, we must come out with much more energy."

"Give all the credit to Simeon," Notre Dame coach Kevin Clancy said. "They would run their offense to perfection and convert for baskets. We just were not able to do that tonight around the basket. It was a long night for us."

"We will learn from this defeat," he said. "All our goals are still attainable. We have reached our goals of winning the Thanksgiving and Christmas Tournaments. We are in first place in the East Suburban Catholic Conference and the Class 3A State Championship still awaits us in Peoria in March."