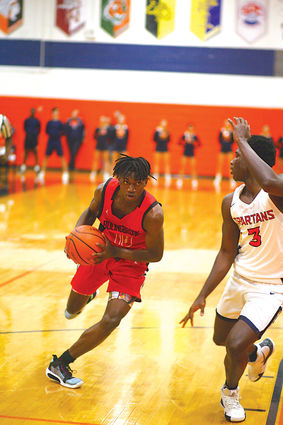 Of the hundreds of nominees for the 2020 McDonald's All-American basketball game, 44 combined boys and girl nominees reside in the state of Illinois.

Two of those play for Bolingbrook High School.

On the boys side, Darius Burford is one of only 13 guys from the Land of Lincoln to be nominated for the game, while Treasure Thompson is one of 31 Illinois ladies on the list.

The 2020 McDonald's All-American Games selections from this nominee list will be revealed on Jan. 23 at 2 p.m. on ESPN's The Jump. Tickets for the games also go on sale Jan. 23.

The games will be played in Houston, Tx on April 1 with the 19th annual McDonald's All-American Girls Game will be televised on ESPN2 at 4 p.m. and the 43rd annual Boys Game follows at 6 p.m. on ESPN.

"It is an honor," Burford said. "I really didn't believe it.

After finding out he made the nomination list, Burford posted three 30-plus point games in a row, scoring 102 points in three games combined.

In September, he committed to play next season at Elon University, a Division-I program in Elon, North Carolina.

"We go so hard in practice that the games are nothing for us," he said. "When I am open, I want to step up and make shots, but at the end of the day, I want to do anything to help us win games. If that is rebounding, steals, playing defense, whatever I need to do."

The numbers Burford has put up this season, along with the schedule the Raiders play helped him get the nomination.

"Darius has been through this grind and it always helps to have an all-stater in your back pocket who can do what he can do," said Bolingbrook coach Rob Brost. "He is an all-state player for a reason. We have had a stretch of having all-state guards, so we kind of created a monster in a good way."

For Thompson, she is still working her way back from knee surgery in the offseason to repair a torn meniscus and Anterior Cruciate Ligament in her knee. She has committed to play next season for Louisiana State University in Baton Rouge.

"I was very, very happy when I saw that," Thompson said. "It is a blessing. I have been working really hard and it shows with a nomination like this. I am still trying to get back to where I was, then get better." 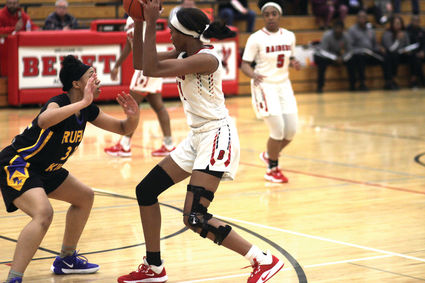 Thompson hopes to join the likes of Ariel Massengale and Morgan Tuck, two Bolingbrook grads that played in the McDonald's game.

"It is good to be in a school where I can look up to them," Thompson said. "I have a lot of players to look up to and I love the game."

Thompson's coach understands the select company nominated players keep. "It is a huge accomplishment," coach Chris Smith said. "It shows all the hard work she has put up. With her size and athletic ability and what she can do inside and on the perimeter, those are unique attributes that can't be overlooked by anyone.

"Having the two of them says a lot for Bolingbrook High School to produce these kind of players."