Tigers hope great tag will follow them into the IHSA playoffs 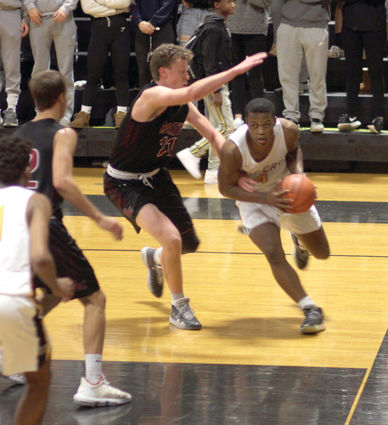 As February soon approaches and the great high school basketball teams start to pull away from being labeled as good, Joliet West seems to be a part of that great category.

The Tigers (15-2, 10-0), under coach Jeremy Kreiger seem to have a different mojo than last year. This year, the Tigers last lost came against the No. 1 team in the state of Illinois, Curie.

With a veteran roster, led by University of Toledo commit Jamere Hill (20 points), the Tigers confidence is at an all time high.

"Other teams can't really do much about us," Hill said. "We're really deep and we have a lot of confidence in all of our guys."

In the Tigers most recent game ageist Plainfield North (8-7, 6-4), West fell behind early and trailed 21-17 going into the second quarter.

West outscored North 15-9 in the second quarter, and headed into halftime with the 32-30 advantage.

In the second half, the momentum of the game completely changed and West did something that even surprised Kreiger.

"We usually discuss that we aim to give up just 10 points per quarter," Kreiger said. "To come out and do that, it doesn't happen very often."

What West did was just allow North to score three points in the third quarter, and just six points in the fourth quarter to come out on top 66-39.

Because of the departure from star forward Carter Thurman, North has battled some inconsistencies so far in the 2019-20 season.

Currently, North is on a three game losing streak, but they are an experienced team with the entire roster being seniors and juniors.