Every 92 seconds an American is sexually assaulted.

On top of that, one out of every three women are survivors of sexual violence.

Those staggering numbers are something Downers Grove South senior student Therese Malinowski wants to put to an end.

Because one of Malinowski's friends were sexually assaulted in middle school, she created a sexual assault database in order for Illinois colleges and universities that is named Project Dandelion.

"Since my friend was sexually assaulted I've always been really receptive to sexual assault issues and advocacy," Malinowski said.

Last year, while in a personal safety and wellness class, Malinowski said her class watched a Netflix documentary called "The Hunting Ground" which showed some colleges that have silenced some student allegations for sexual abuse.

At that moment, in disbelief from what she watched, she realized that students need a sexual assault research database in order to investigate colleges.

Malinowski, who has many concerns about sexual assault, said one of her biggest concerns is campus safety and colleges not completely listening to students when they bring the allegation, so she decided to create the database after the video as well as part of her work as a Girl Scout.

To create the database, Malinowski said the first step was finding a strong team and a mentor while recruiting passionate people from Downers Grove South to work on the concept.

"We had our first meeting to figure out how we wanted our solution to be accomplished," Malinowski said. "From there we just recruited people to help with research for every college that we discussed earlier."

This database so far is just for colleges in Illinois, but Malinowski said there's a much bigger goal in mind for the future. 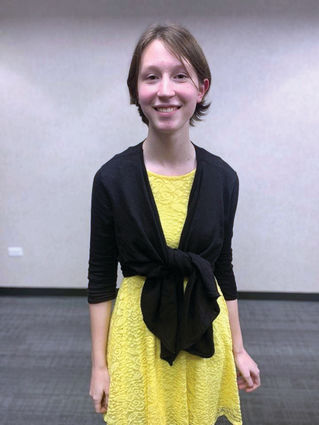 Malinowski said she wants other high schoolers to use the database to research colleges more thoroughly before making their decision for there future, and she also said that eventually she wants this database to be used throughout the entire country.

"I corresponded with the Illinois Coalition Against Sexual Assault organization and they agreed to adopt it and grow it in the future," Malinowski said. "I'm going to be checking in to that all the time to make sure it's growing, but I anticipate this project will grow to a comprehensive project where it will be at every college in the United States."

Malinowski is still applying at colleges but her top choice is Purdue University as she plans to major in Aerospace Engineering.