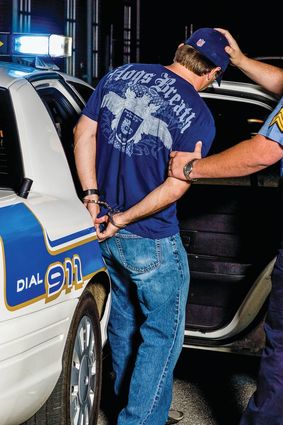 Super Bowl LIV is right around the corner. This year, the U.S. Department of Transportation's National Highway Traffic Safety Administration is teaming up with the Joliet Police Department to remind football fans and Super Bowl partygoers that designated drivers are the best defense against the dangers of drunk driving. Super Bowl LIV falls on Sunday, February 2, 2020. If your Super Bowl celebration involves alcohol, plan for a ride home with a sober driver. If you're hosting the party, take care of the designated drivers. We want to remind everyone that Fans Don't Let Fans Drive Drunk.

Whether you're attending a party, hosting a party, or going out to a bar, keep safety at the forefront of your night. When it's time to leave, make sure your designated driver is actually sober. Remember that walking impaired can also be dangerous, so designate a sober friend to walk home with you. If you are driving, remember that sober driving isn't the only law that should be followed: Make sure you - and your driver - wear your seat belts.

If you're planning to be a designated driver, know that you're the night's MVP.

If someone you know has been drinking and tries to drive, take their keys and help them get home safely.

Even if they make a fuss in the moment, they'll thank you later.

Ask your guests to designate their sober drivers in advance, or help them coordinate with other partygoers' designated drivers. Remind your drinking guests that they have a long evening ahead of them, and encourage them to pace themselves, to eat food, and to drink plenty of water.