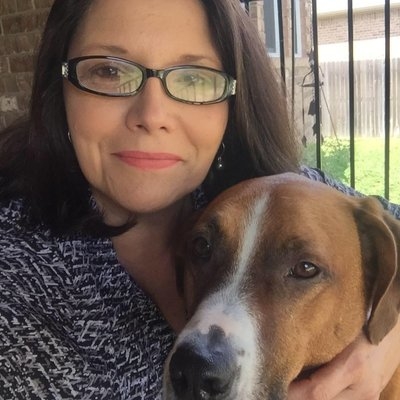 I have a 7-year-old male Shih Tzu named Chipper. After eating breakfast and supper, Chipper will lick the rug in the living room. I find it difficult to break him of this habit. Why does he do this? Is it because he is bored? I did not have him as a pup. I got him when he was about 3.

I am open to any suggestions that you offer on how I can break him of this habit.

Excessive licking can result from boredom, allergies, tooth or gum pain or anxiety, all of which can become habit if left unchecked.

Rule out a health problem first, like food allergies or oral problems. If it's food allergies, your vet may recommend you switch to a different protein, like duck or salmon because some dogs develop allergies to chicken. If it's tooth issues or gum disease, your dog may be licking the rug to make his mouth feel better and may need treatment.

If it's boredom, Chipper needs more to do. Give him some puzzle-based toy to work on after meals, like a Kong toy filled with treats and a little treat spray (liver-flavored) or a little peanut butter (nothing with Xylitol). Freezing it gives your dog more of a challenge to work out the treats.

If it's anxiety, licking releases endorphins, and that makes a dog feel better. Plug-in some canine pheromones in the room he hangs out in after he eats and incorporate training with some busy work.

For example, when Chipper begins to lick his paws, get his attention by saying, "Chipper, no lick." When he hears his name, he should look at you. Tell him "bingo" (his special training word) and give him a treat. If he doesn't look at you, shake a can of coins to interrupt the behavior and get his attention. Follow with the reward word and treat. Then give him a puzzle toy, like the Kong with frozen treats mentioned above or another puzzle toy available at pet stores, so he must "think" about how to get the treats out and, thus, forgets about licking his paws.

You also can take him for a walk or play a game of fetch with him before his meals, so he is more likely to be tired after he eats. Exercise and play help reduce anxiety too.

If he is healthy and none of these ideas work, talk to your veterinarian about introducing anti-anxiety medication and combine it with the training until he breaks the habit.

Six weeks ago, we adopted an older cat from the Humane Society. They told us she was shy. Upon bringing her home, we introduced her to the litter box under the sink in the pantry. We had forgotten that a hole had been cut in the wall to get at a plumbing problem. The cat rushed through the hole and has lived behind the wall ever since. She comes out to eat and use the litter box at night.

What can we do to bring her into our daily life?

Pick up any food you have been feeding her and replace it with some super pungent wet food in the trap. Set the trap out at night near the pantry. It may take her a night or two, but when she gets hungry enough, she will enter the trap to eat the food. Once you have captured her, put her in a bedroom, laundry room or bathroom with her litter box and food for a few days or a week, so she can acclimate to a smaller space, and not the entire house, as that is too much for most cats, let alone a shy cat. Plug-in some feline pheromones to help settle her down.

Fix the hole in the pantry before you let her out again and introduce her to her new home more slowly. Get a tall cat tree and some cardboard boxes and place them around the home so she has places to climb and hide while she acclimates to her new home.