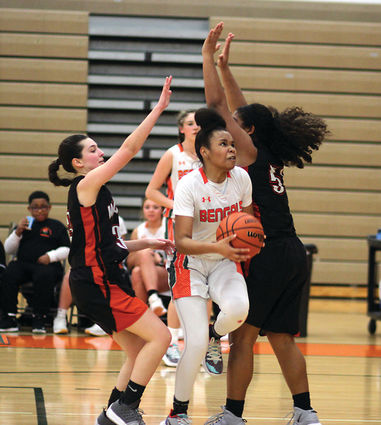 With the departure of seven seniors from the 2018-19 Minooka roster, there's been no secret that they have been struggling this year.

The Indians (3-15, 0-8), hold five sophomores on their varsity roster, with many being contributors.

In their most recent game against Plainfield East (6-12, 2-6), the Indians couldn't sustain their small momentum pushes as they fell to the Bengals 56-52.

"We had to dig ourselves out of a hole in the early part of the game which really hurt us," said Minooka coach Jeff Easthon. "We were getting a ton of open looks and the girls were running the offense, but we just couldn't seem to knock many shots down."

The Indians trailed the entire game, and got off to a very slow start to the game behind the Bengals first quarter 3-point percentage at 67 percent.

An eight-point lead that the Bengals had over the Indians, which headed into the third and fourth quarter, was cut down by the Indians, but they never found themselves able to tie or take the lead.

For the Bengals, they were led by sophomore guard Taylor French (17 pts). 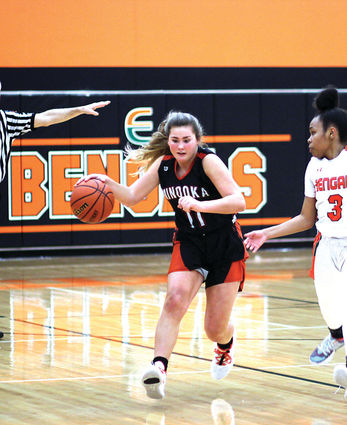 "This season we've had a lot of games where we have had the lead at the half and then gave it away in the third and fourth quarters," said Bengals coach Anthony Waznonis. "Today, we kept our heads up and kept battling while hitting are free throws and thankfully came out on top."

The Bengals entered the season where the team got off to a slow start with losing seven of their first eight games.

Since then, even though they have not gone on a serious winning streak, the Bengals have not put together a losing streak of more than two games at a time since the beginning of the season.

Part of the reason why the Bengals have seen more success of late is because of senior point guard Tamia Edom, who has been on the varsity roster since her sophomore year.

"She has her opportunities throughout the game where she can put her arm around a younger player and explain what they did if it was good or bad," Waznonis said. "She's basically another coach out there."