Despite no longer being in the same conference, Westmont defeated Lisle in a battle of old rivals 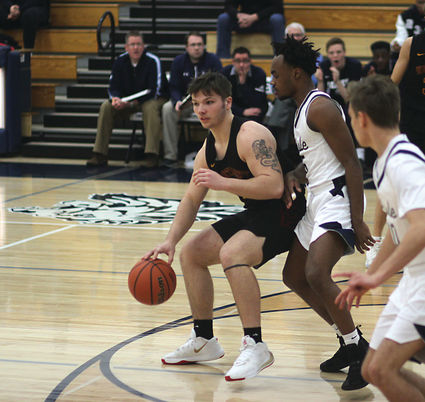 Lisle and Westmont met in non-conference action for the first time in more than 15 years.

For the first time in at least 15 years, Westmont and Lisle going head-to-head was not considered a conference match up.

"It's a good learning experience for us because we have a lot of young guys on our roster," said Westmont coach Craig Etheridge. "Earlier in the year we were really struggling to finish games, so for us today it was nice that we made some good defensive plays and finished the game strong."

During the 2019-20 season, the Sentinels have not been able to put together consecutive wins so far, and have lost as many as five games in a row.

In a battle against a familiar opponent in the Lions, the Sentinels received a much-needed boost from junior center Qati Dalipi who scored 25 points and grabbed 17 rebounds.

"It's a lot of just being in the gym when nobody else is there," Dalipi said. "I just keep working hard for these moments like today."

With two free throws from Dalipi with just .48 seconds remaining in the game, the Lions didn't go away easily.

A foul called for Lions senior guard Ray Bandzoumouna put him at the line with just five seconds remaining.

The first shot was missed, but the second shot was made.

The Sentinels were up 44-43 with those five seconds remaining, and Dalipi was fouled with four seconds left in the game.

The junior knocked down both free throws, and the game ended with the Sentinels on top 46-43.

"This will always be a rivalry game," said Lions coach Mark LaScala. "We just came out on the wrong end tonight." 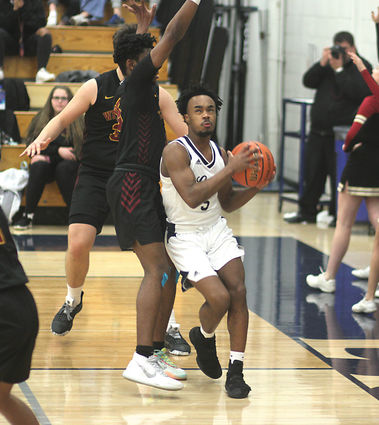 So far this year, the Lions have been mediocre in non-conference games, but during conference, they have thrived, as they have not lost yet.

As of late, the Lions have been on a five game losing skid going back to Dec. 14 against Indian Creek, but they have a veteran roster, which LaScala said should help his team get going into the direction they want to be at this time of the year.

"We have a long way to go in our own conference with about 10 games to go to finish out the season," LaScala said. "We're sitting in a pretty good spot right now, but we have to defend our home floor in this conference race that will be tough going forward."