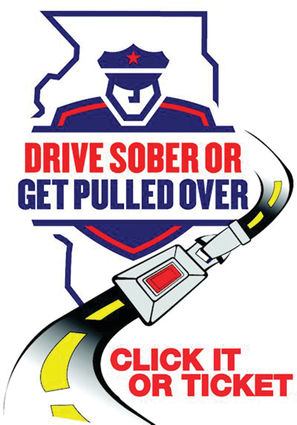 Recently, from Dec. 16 through Jan. 2, the Woodridge Police Department partnered with the Illinois Department of Transportation [IDOT] and law enforcement across the state of Illinois for the 2019 holiday “Drive Sober or Get Pulled Over” campaign.

“The Drive Sober or Get Pulled Over is really in conjunction with the states Click It or Ticket,” said Sergeant Dennis Brinkman. “Those programs are run through IDOT.”

IDOT, which is a state agency in charge of state-maintained public roadways of the U.S. state of Illinois, both programs pass through highway transportation money from the federal level that has to goes to local municipalities.

Through those two weeks, Woodridge Police issued 45 additional citations during the campaign, including eight seat belt violations, 13 speeding tickets and 24 other citations for various other offenses including driving with a suspended license.

“Through the grants with the municipalities that apply for those get money either for impaired driving enforcement or occupant driving enforcement,” Brinkman said. “They have then identified certain campaigns throughout the entire calendar year where they are required if you’re receiving this money to perform those enforcement actions.”

This is not the first occurrence this campaign has happened, as there is one for Halloween, Thanksgiving, Christmas, the Super Bowl, St. Patrick’s Day, Memorial Day, Independence Day and Labor Day.

Once the grants come out around those celebrated holidays, the Woodridge Police Department hires officers to work above and beyond their normal duties for either the impaired driving enforcement or occupant driving enforcement for a set amount of hours. 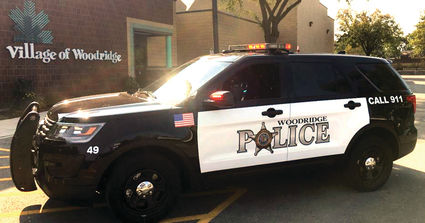 “We’ve been getting the IDOT grants for as long as I can remember,” Brinkman said. “I’ve been here about 19 years and we’ve had them about every year since I’ve been here.”

In the last seven years, Brinkman has been in charged of the grants that have been disseminated.

“That money is to spend on the additional enforcement,” Brinkman said. “We’re actually one of the smaller grantees, there’s a lot larger departments out there that receive a lot more grant money than we do.”

Along with the Illinois “Drive Sober or Get Pulled Over” campaign that is administered by IDOT, the campaign is also with federal highway safety funds managed by the National Highway Traffic Safety Administration.