Special meeting to be held to elect John Cullerton's successor 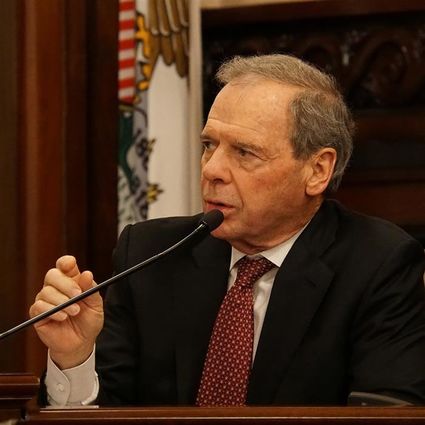 The Illinois Senate will hold a special meeting Sunday to elect a new chamber president.

Senate President John Cullerton, a Chicago Democrat, surprised his colleagues at the end of the fall veto session Nov. 14 by announcing his plan to retire from the Senate in January, once a new president is chosen.

There are two announced candidates for the job that have received the most media attention – Sen. Don Harmon, of Oak Park, an assistant majority leader; and Sen. Kimberly Lightford, of Maywood, the majority leader. Sen. Elgie Sims, of Chicago, had sought support for a run at the presidency as well, but media reports as to whether or not he is still seeking the seat have been conflicting. A Chicago Sun-Times reporter tweeted Wednesday that Sims would not comment on the race for president.

There is also the possibility that someone else could enter the race if none of those candidates secure enough votes within the Democratic caucus to guarantee their election.

The president will be chosen in a vote of the full 59-member Senate. It takes at least 30 votes to win. Democrats hold 40 seats and Republicans hold 19.

According to Senate staff, the tentative plan is for the Democratic caucus to meet behind closed doors at 11 a.m. to select a nominee. That meeting is not open to the public or news media. Cullerton has said he will not vote in that meeting.

Following that meeting, the full Senate will convene, at which point Cullerton will resign his leadership post. Democratic Gov. J.B. Pritzker will then preside over the election. One or more names will be placed in nomination. Senators will announce their votes aloud, in alphabetical order.

Once someone receives the necessary 30 votes, Cullerton is expected to submit his resignation from the Senate. That will trigger a process in which party officials in the 6th District will elect someone to serve out the remainder of his term, which expires in January 2023.

The Senate president is considered the most powerful person in the upper chamber. Among other things, the president designates the majority leader and assistant majority leaders as well as the chairs and vice chairs of various committees.

The regular session of the General Assembly begins Tuesday, Jan. 28.