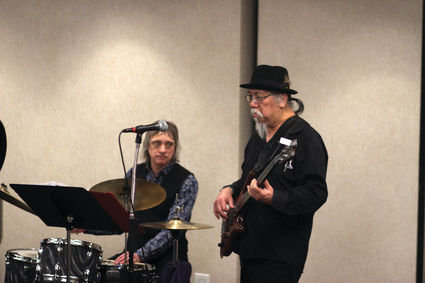 For the last 21 years consecutively, the Suenos-Latin Jazz Quartet has performed at the Downers Grove Public Library.

Stylistic music encompassing Afro-Cuban, Brazilian, Flamenco, Fusion and other music is what is performed, and they're led by Steve Hasimoto.

Hashimoto, from the age of five, started playing music and said he never felt right if a day went by where he wasn't making different types of music.

Originally a trumpet player, Hashimoto then moved on to be a guitar and a bass player.

"This band sprung out of another new-age jazz band that was named Fireworks Jazz," Hashimoto said. "I thought to myself that I could put together a band that is jazz themed just as good as this new band at that time, and that's what I did."

One thing that Hashimoto said keeps him going is his love for music and the friendships that he has made with the other band members.

Each performer in the band Hashimoto said he has known for at least 35 years, and their relationships outside of performing has helped made them into the successful quartet that they are today.

In front of a crowd that registered more than 90 people clapping and in awe of the performance, Hashimoto said that performing is something he hopes never gets old, because not too many people are fortunate enough to go into work every day and thoroughly enjoy what they do for a living.

"To be honest I just really love playing music like I have since I was five years old," Hashimoto said. "There are some days, like any job, where I don't love it as much as other days but usually I would say 95 percent of the time when I go to work I'm excited." 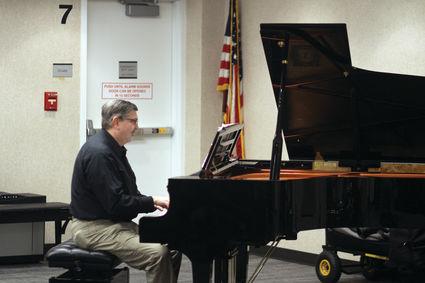 This popular Quartet that has regularly played at the Downers Grove Public Library since 1999, doesn't travel all over the country, but instead, Hashimoto said they play in the Chicagoland area to develop better relationships and gigs they play while meeting people and becoming more of a name brand.

During the live performance, Hashimoto called out a random song name, which the Quarter as a whole has more than 350 songs in their book.

Part of why the Quartet is special to Hashimoto is because each performer knows every song so well and there is the trust factor that everyone has with each other to know each and every song even if they don't know which song is about to be played.

"They never know what song I will choose," Hashimoto said. "We're all just very comfortable with each other because we have been with each other so long so I have a lot of confidence in them."