Pritzker reflects on first year in office, looks ahead to 2020 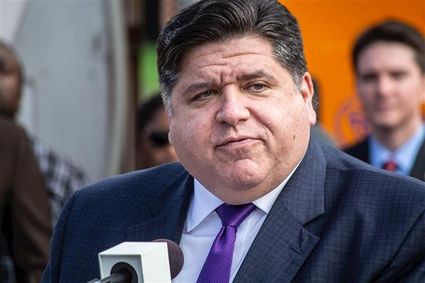 A billionaire businessman from Chicago with no prior experience as an elected official, he took the reins of a state government that was on the brink of insolvency. A massive pension debt and a mountain of unpaid bills seemed to make the idea of any new initiatives impossible.

Yet in one year, with the help of Democratic supermajorities in both chambers of the General Assembly, Pritzker oversaw a historic legislative session that included legalization of adult-use recreational marijuana, expansion of casino gambling, a multi-year $45 billion capital improvements program, passage of a proposed constitutional amendment to overhaul the state's income tax system and a nominally balanced state budget.

In an interview with Capitol News Illinois, Pritzker reflected on his first year as governor and talked about what his priorities are for the coming year. Below is a transcript of that interview, edited for length and clarity.

Capitol News Illinois: What do you think you learned about state government in your first year? Is there anything you know now that you didn't know coming into the job?

Pritzker: Certainly from outside of government, I had seen that government had been hollowed out and that there were agencies that just weren't fulfilling their functions properly. But it isn't until you get inside of the agencies that you see just how bad it really is, that they hadn't been fulfilling their mission – in part because of morale, in part because of a failure to fill positions that are authorized to be filled, and in part because there's a failure of mission and direction. When I came into office, it was frankly worse than I thought. And so I have worked very hard over the course of my first year to change that and to set us in the right direction.

And we have made real progress. I'll give you one example, if I may. We walked into office and found that there was a backlog of people who had applied for Medicaid, many of whom are eligible for Medicaid, and those who have applied for what's called redetermination. Year-in year-out, Medicaid recipients have to reapply. That backlog had grown to 140,000 people. That's basically because under my predecessor, they had stopped processing those applications. And so when we walked into office (seeing a) 140,000 backlog, we had to work very hard to address that. We basically cut that in half in just a year, which is a very hard thing to do, because we were already understaffed.

CNI: So looking ahead to 2020, aside from everything coming up in the General Assembly, you have a lot riding on the proposed constitutional amendment. Do you have a Plan B, if that should fail at the ballot box?

Pritzker: Well, let me just say that I think the state has a lot riding on making sure that it can balance its budget for the next decade or more. And so as you know, my number one focus has been bringing stability and fiscal responsibility to state government. And you've seen a variety of ways in which I've done that. We balanced the budget for the first time in a very long time for fiscal year 2020. But there is a structural deficit that exists of more than $2 billion. And there are only a few ways to address that. And one of them is to make the tax system fairer. One of them, of course, is to bring efficiency to state government. And another is of course to make sure we're growing the economy of the state, because ultimately ... the best way to bring in revenue for the state is simply for the economy to grow, more people to be working, more businesses to be operating and doing better in our state.

CNI: One alternative then is the possibility of budget cuts if this initiative doesn't pass. The state has escalating obligations for K through 12 education and for public pensions. Do you foresee the possibility of any cuts in the coming year for other agencies?

Pritzker: Oh, sure. I mean, let's pay attention to the fact that if we don't make the tax system fairer, we would have to. If you just relied upon cuts in state government, you'd have to cut the basic functions, the discretionary functions of state government. When I say discretion, I mean education and public safety, police and human services. You'd have to cut all of that by between 10 and 15 percent. Now, this is after years of hollowing out those agencies and those functions, so that is certainly something that could be done.

I want to reiterate something that (former) Gov. (Jim) Edgar said to me. Before I became governor, I went to talk to him to get his advice about things that he thought we ought to be doing and observations that he had from his own time as governor. And he said something to me that will always stay with me. And that is that the most important thing that a governor does is to propose and get passed a balanced budget for the state, and a truly balanced budget. And I've taken that very seriously. And so I will address that in a budget speech that will come up in February. But we have to balance the budget, however that gets done. And like I said, there are three components of that. It's revenues, it's efficiencies and expenses, and it's growing the economy in the state.

CNI: Can we expect to see any new initiatives in the coming year?

Pritzker: Well, yes, of course. There are lots of things that we need to address in our state. When you say new proposals, some of them are about growing the economy of the state. We have big challenges that I'm well equipped to address in attempting to stoke the fires of entrepreneurship in our state, bringing new businesses to the state of Illinois and incentivizing that.

We accomplished quite a lot last year in providing incentives for businesses to grow and come to the state of Illinois. And I'm very proud of those major incentives that we put in place that are good for the state. For example, we are attracting data centers to Illinois because we implemented a data center tax incentive. We're attracting more building and construction in the state as a result of the Blue Collar Jobs Act. We've created more apprenticeship positions by incentivizing apprenticeships through a tax credit. So these are examples of things we did in the past. And yes, I will be making proposals for growing the economy and for making sure that we're addressing our most serious challenges. I'll just remind you that every day I think about the five fiscal challenges that we always have to keep in mind: our pensions; we've got to bring down property taxes in our state; we've got to balance the budget; we've got to pay down our bill backlog and eliminate it; and we've got to grow the economy. And I think about all five of those every day.

CNI: Do you have high hopes for the Property Tax Relief Task Force? It has a draft report out now. The final report should be coming out at some point before the session starts.

Pritzker: I appreciate the work of the Property (Tax) Relief Task Force. I've had many productive conversations with members of the task force. And I'm certainly hopeful that they'll come forward with all of their ideas. But I want to point out that I've been already working to alleviate the property tax burden across the state. For example, funding local schools makes up about 60 percent of the total property tax burden and our budget increased state support for school funding to historic levels. So that alleviates some of the burden.

The second largest driver of property taxes is municipal pensions. We consolidated the police pensions and the fire pensions, which again will alleviate a burden on property taxes.

CNI: Last thing, school consolidation. That is apparently going to be one of the proposals coming out of the task force, consolidating the elementary districts and the high school districts into unitary districts. Is that something you're willing to consider?

Pritzker: Oh, sure. I think there are a lot of ideas that that will come forward. Remember, these legislators have not been reticent to talk to me directly about their ideas. Because each one of them would like their idea to be the one that we move forward with, or to be one of the ones we move forward with. But yeah, I think local government consolidation, school district consolidation, those are both areas in which we could yield savings for taxpayers in terms of property taxes. And I look forward to hearing what all of the proposals are that come out of the report itself. But again, I'm very focused on making sure that we make real progress to lower the burden on people across the state.