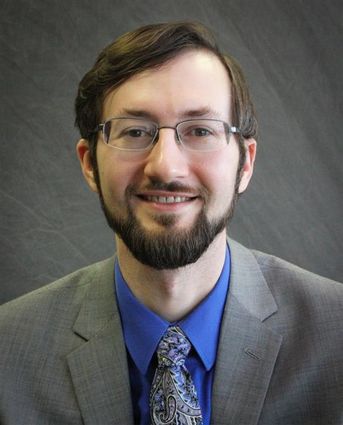 Capitol News Illinois today announces that Jerry Nowicki has been promoted to the position of bureau chief with the news service.

Nowicki joined Capitol News Illinois as a reporter when the Illinois Press Foundation's news service began covering state government in January 2019. During Capitol News Service's first year of operation, Nowicki was a lead reporter on some of the biggest legislative session issues, including the graduated income tax proposal, a significant increase in the minimum wage, the legalization of adult-use recreational marijuana, and the state's first capital infrastructure plan in more than a decade.

"Jerry took the lead on a number of the biggest stories happening in Springfield in 2019, and he also took an unofficial leadership role in our office at the Capitol," said Jeff Rogers, director of the Illinois Press Foundation. "Jerry is a student of state government who applies a very intelligent and analytical approach to our coverage. That, and his commitment to the civics mission of Capitol News Illinois, will make him a great leader of the daily news operations."

"Our first year at Capitol News Illinois has shown a need for more widely available Statehouse coverage and a public appetite for fact-based, opinion-free journalism," Nowicki said. "In the next year and onward, I look forward to working with our growing newsroom to double down on the services we offer while adding new, more innovative offerings as well.

"As our Capitol News Illinois team transitions to a new phase, we remain committed to journalism's highest and noblest standards, grateful for our readers and the trust they give us, and open to innovative ways of bringing the news to consumers."

Capitol News Illinois provides daily coverage of state government on its website, capitolnewsillinois.com. It also distributes its stories, photos, videos and podcasts to Illinois' daily and nondaily newspapers. Its stories have been published more than 19,000 times by more than 380 Illinois newspapers with a combined circulation of nearly 2 million.

In 2020, Capitol News Illinois is beginning a content distribution partnership with student newspapers that are members of the Illinois College Press Association. It also plans to add daily email newsletters during the legislative session, which begins Jan. 27. In June, Capitol News Illinois will welcome two new reporters through a Report For America grant. One will cover how state government impacts ethnic, minority, distressed and rural communities in Illinois. The other will be a videographer covering state issues and legislative sessions.

Capitol News Illinois is funded by the Robert R. McCormick Foundation, the Illinois Press Foundation and individual and organizational donations.