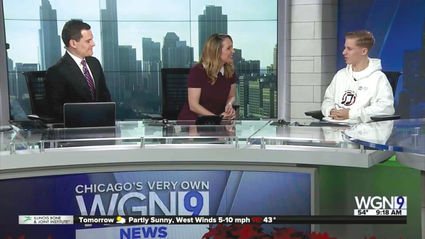 Helping others is something that Anthony Maland has always been interested in doing.

A senior at Joliet West High School, who was recently featured on WGN Morning News, is the founder of his own nonprofit organization called Recycle Rhythm Incorporated.

"I was nervous at the start [to go on WGN] but as soon as it started I knew that God was on my side and he was with me through the whole entire thing," Maland said.

At the age of three, Maland started off his passion by playing drums and never put down the drumsticks since then.

Fast forward to when Maland was performing at a location in Morris when he met a four-year-old-boy who had cancer.

What followed his performance was Maland letting the ill boy play his drums, and some time after the interaction, Maland saw the boy doing music therapy and then found later that he was cancer free.

"That was a big part of why I started the foundation," Maland said. "I really enjoyed that boy."

For Maland personally, in 2018 his own life changed.

Maland was diagnosed with a touch of Autism spectrum disorder, which made him want to help other kids through the joy of music.

"The first thing that went through my mind was that a single diagnoses can't ever hold me back," Maland said. "I could do all things through God and through my life, so I don't let this hold me back at all."

Autism spectrum disorder is a neurological and developmental disorder that lasts throughout a person's life, and it affects how a person acts and interacts with others, communicates and learns.

Although Maland said he was surprised when he first heard about this disease and it has had some negative affects on his own life, he turned it around for the positive, to help others. 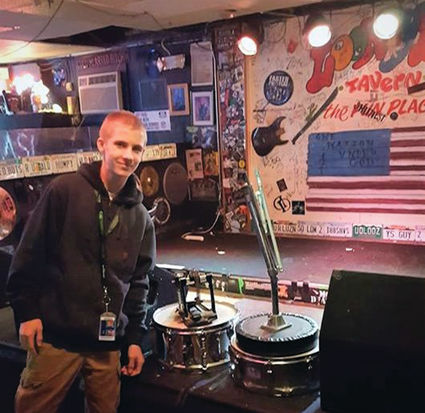 "Music has helped me in a lot of ways throughout my entire life," Maland said. "I wanted to help other people with the same diagnoses."

The main focus of his nonprofit is the dedication to refurbishing used percussion instruments and gifting them to kids and adults with Autism and special needs.

Besides starting his own organization, Maland has also been in three different bands outside of high school and is currently in jazz band and his school band.

After Maland graduates this upcoming May, he said he plans to get a degree in Fire Science and double major in music business and music therapy at Joliet Junior College.

"I want to further the charity where it's a international charity," Maland said. "I will always want to benefit kids and adults that have special needs."