Without Division-I star, Spartans defeat Plainfield East as others step up 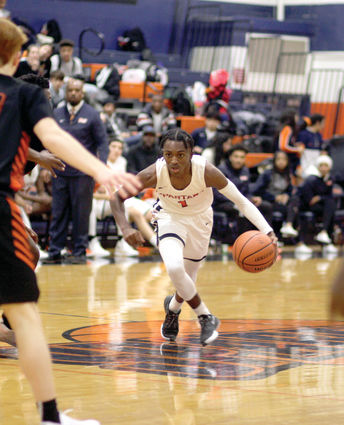 It's no secret that with the loss of Noah Ferrell, Mike Salter and Ikenna Okeke due to graduation in 2019, the Romeoville Spartans (5-3, 3-1) had some questions marks coming into the 2019-20 season.

So far, the Spartans have impressed.

In a recent game against Plainfield East, senior guard Keedan Foster dropped a game-high 26 points en route to a 61-48 victory.

"When we came out at halftime we had to make sure we tightened up our defense," Foster said. "We understood that if we did that then they would fold and we would win."

Foster is one of nine seniors on the 2019-20 team that has so far, silenced their doubters.

One reason that coach Marc Howard attributes the Spartans early success is to having a very deep bench, something that he said doesn't always happen in high school basketball.

"It's a crazy situation we have this year as a team," Howard said. "We have about 10 or 11 guys on the roster this year that can come in and play and fill in at any minute."

Although the Spartans came away with the victory, they played without their leader, Fresno State-bound senior guard Destin Whitaker, who Howard said was at his brother's graduation.

Although the team severally missed his services, it gave a chance to other's who rarely play, to step up in a crucial conference game.

"Guys like Naji [Mason-Toles] who has barely played all season really stepped up and we played him almost the entire fourth quarter," Howard said. "I thought he handled the pressure phenomenally."

For East (2-6, 1-4), the transfer of Christian Shumate in the off-season to Bloom Township has been a key loss, which has hindered their early season success.

The Bengals were only down three points at the end of the third quarter, but six fourth quarter points from Foster and junior center Trayton Trice was just too much for the Bengals to handle.

"It was tough because we tried to play some zone but Foster was making almost every shot and we tried to stop them going inside because of [Trice]," coach Mike Fowler said. "We just didn't have the size to combat them." 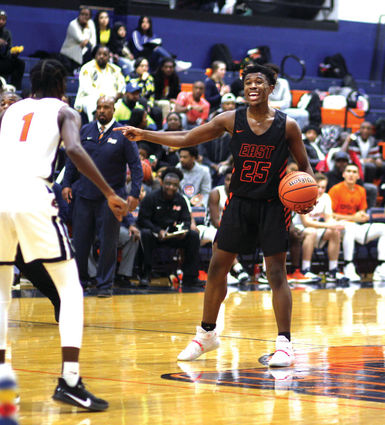 Bengals fall without the services of many key players.

In the 2019-20 season, the Bengals have seven seniors and 10 juniors, most notably junior guard Kobe Reed (13 points), who is the leader for the Bengals this season.

"We were short some players and I think we just broke down that last quarter," Reed said. "We stopped playing defense and that's our principal, so we just have to get up for the next game and come back stronger from this."

Alluding to being short players, the Bengals missed six players during the game due to injury, but Fowler knows that it's not an excuse.

"We don't use excuses here, but for whatever team it is if they miss six players that's a lot to adjust to," Fowler said. "We aren't using it as a crutch though, we just have to come out every game and keep on fighting like we know how."