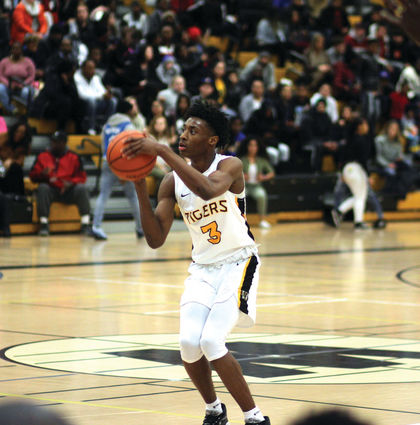 Joliet West blows out Joliet Central bringing up questions for the Steelmen in the early part of their season.

Although it's only the middle of December, Joliet West seems to be for real.

The Tigers (8-1, 4-0) are off to a sizzling start, winning their first six games of the season by an average of 20 points.

"Any win for our very young kids is going to be enjoyable after the season we had last year," said coach Jeremy Kreiger. "To eclipse the five wins we had last year through the first seven or eight games this year, just shows how every win matters."

Kreiger, who is in his first year as a head coach for the Tigers, is a 2004 Joliet Central graduate.

With a Tiger team who only had five wins just a year ago, Kreiger said he has tried to bring one very important thing to the 2019-20 Tiger squad - relationships.

"From day one after tryouts all I cared about was building relationships," Kreiger said. "My staff as well, we wanted to build relationships and treat the basketball team like how I treat my classroom so if I build the more positive relationships with players they are more willing to work hard and dedicated themselves to their craft."

Dedicating themselves to their craft is something the Tiger players have done, most notably their senior starting point guard Jamere Hill (24 points against Central), who Kreiger said has been just as good off the floor as he has on the floor.

"Jamere is an unbelievable young man," Kreiger said. "It goes so far beyond basketball because he's never had a referral in school, he cares about the classroom, he gets out of school a period early but decides to stay after and shoot or lift with the football team and it just blows my mind a young man with those kind off gifts has zero college offers."

Although Hill isn't focused on his basketball career after high school at the present moment while the Tigers are in season, he attributes much of the success to his coach and teammates for the hot start.

"Last year there were days we would go hard and there would be days that we weren't," Hill said. "This year we have consistency, we always go hard, bring the energy and our coach really stresses defense on us so that's why I think we've been so successful."

For Central, a team-high 22 points for senior forward Kee Hargrove just wasn't enough as the Steelmen trailed by 13 at the end of the third quarter, and couldn't contain Hill's 14 fourth quarter points. 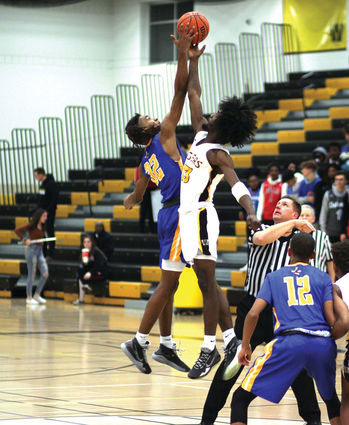 Joliet West and Joliet Central tip-off at West in the cross-town rival.

"Getting a group of kids together who didn't even play in the summer together has been the biggest thing for us so far," said coach Larry Thompson. "Having trust in each other and playing at both ends of the floor are the biggest challenges for us at this point in the season." The Steelmen started out of the gate with a 0-2 record before putting together a three game winning streak, but since then, have not won.

The loss of last year's stars including Keaton Gregory and Kendrick Williams have hurt the Steelmen so far in the early part of the 2019-20 season, but Thompson said the leadership and hard work from his players will keep them fighting all season long.

"We only have five seniors this year but we need those guys to be leaders and some of them have stepped up in that role," Thompson said. "It's a long season, but I know the fight in these guys can once we can establish that trust and playing at both ends of the court, we will be just fine."