With a pair of 30-point games, Burford earns MVP 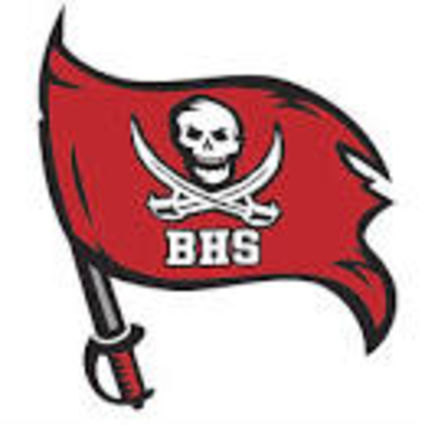 In 1991, five years after the 1986 Hollywood comedy classic 'The Three Amigos' directed by John Landis and staring Steve Martin, Chevy Chase and Martin Short, Illinois high school basketball had its version of the Three Amigos.

In their run in the 46th Annual Jack Tosh Holiday Classic, Bolingbrook's version led the way to a tournament title.

In their thrilling 55-52 semifinal win in overtime over previously-undefeated Hinsdale South, Amigo 1, All-State senior guard Darius Burford scored 30 points to lead the Raiders into the championship game against York.

With Amigo 2, all-tournament selection junior Kai Matthew Evans (18 points, nine rebounds) and Amigo No.3, Isaiah Stafford (13 points) teaming up with Burford, Bolingbrook (10-3) rolled past the Dukes 57-45 to win the title.

As expected York (12-2) double-and triple teamed Burford and held him to just eight first half points.

Sadly, for the host Duke's, Stafford blitzed them with 11 first-half points, leading to a 29-21 Raider first half lead.

"I was really happy to see Isaiah (Stafford) bounce back from a poor shooting performance and lead us to the halftime lead," Bolingbrook coach Rob Brost said.

Evans came out of the halftime locker room on fire scoring three buckets in the first minute and a half of the third quarter for a 36-23 lead. The Raiders took a 40-28 lead into the fourth quarter.

Facing defeat in their own Holiday Tournament championship game, the home-standing Dukes turned to football-like tactics in trying to stop the high-flying Raiders.

The Dukes physical play failed as after Burford (14 points) scored his last basket of the night, the Raiders led 45-27, with 5:30 remaining.

"We knew we could really harass York on defense," Evans said. "Nate (Shockey) is a great player, but we affected a lot of shots with our in-your-face defense. We really felt, entering this tournament that we could come in here and accomplish what we did today."

"This is what I have been saying all season about us," Burford said. "They slowed me down but Kai and Isaiah stepped up big to win us this championship. Winning the MVP award is amazing for me, but once again I owe most of my success to my teammates. A great team win and a great team MVP award."

"I am just so happy for the kids,"Brost added. "We are so young and have had a lot of ups and downs in this first half of the season. This is great for the kids confidence going into the new year. What can you say about Darius. He truly is our MVP."

For the second straight game Burford scored a game-high 30 points.

After dropping 30 on Brother Rice in Bolingbrook's 83-69 quarterfinal victory on Saturday, Burford set his sights on the undefeated Hinsdale South.

The Hornets grabbed a 23-18 lead at halftime and held Burford, to just three points on free throws in the first half.

In the second half, Burford put the Raiders on his back, scoring 21 second-half points. Burford, would score all six of the Raiders' points in the overtime and lead Bolingbrook (10-3) to a heart-stopping 55-52 overtime victory.

"We didn't run our plays. We didn't hit our shots. We did nothing right."

In the fourth quarter, Burford and his sixth and seventh grade teammate, Hinsdale South's senior Billy Durkin (20 points), put on an individual competition.

"I have been friends and teammates with Billy (Durkin) way back in sixth and seventh grade," Burford said."Billy is a great player."

Durkin, would hit from downtown to put the Hornets up 48-47 with 2:29 remaining and convert one of two free throws to give the Hornets a 49-47 lead only to have Burford tie the game and send the game into overtime on a put-back bucket right at the end of regulation

In the final minute of play in regulation, Evans picked up two huge rebounds after battling Hinsdale South's 6-foot-8 Aaron Tims (14 points,15 rebounds) all night. The Raider rejection of the night was made by Enterprise Newspapers All-Area Football Selection Tyler McLaurin.

"We are all brothers and we go into battle together and picked up a great win tonight," Burford said. "My teammates got me the ball and expected me to make my shots. I struggled in the first half but was able to knock them down in the second half and in the overtime."

"Kai really rebounded well for us tonight," McLaurin said. "We all boxed-out very well tonight, which helped me to rebound. Darius (Burford), as always, made all the plays for us to get the win."

"Darius Burford is an All-Stater for a reason," Brost added. "For the second consecutive night Darius scored 30 points for us. Tyler McLaurin, our All-Area football player had 10 rebounds in the game and cleaned the glass for us. Tyler also had a huge block at the end of regulation. Really proud of our guys and give credit to Hinsdale South - that is a very good basketball team."