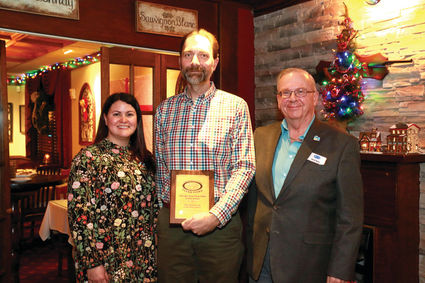 One of the awards just happened to go to the city of Downers Grove.

"We selected the village for its wide array of environmentally friendly technologies that it is using to reduce emissions," said Joe Koenig of Chicago Area Clean Cities. "This year, the village began using its first plug-in electric hybrid vehicles."

Being selected as one of the "Top 50 Greenest Fleets in North America" has its perks, but the village of Downers Grove has taken this honor back to its own city for the now seventh consecutive year.

The CACC, which is celebrating its 25th anniversary this year, is a nonprofit focused on promoting clean transportation in the six-county Chicago areas, including DuPage.

Awards that are given annually are to certain organizations and individuals that take actions to locally reduce petroleum consumption and improve air quality, such as by using cleaner-burning alternative-fuel vehicles, electric vehicles or other advanced technologies.

Other awards given out this year were: "Best Performing Municipality" to the village of Oak Park, "Leadership in Public Service" to Tom Thompson with the Forest Preserves of Cook County, "Community Leadership Award" to Neda Deylami, "Above and Beyond Award" to Ozinga and "Service Station of the Year" to the greater Chicago I-55 Truck Plaza.

The CACC is one of almost 100 coalitions across the country that is affiliated with the U.S. Department of Energy's Clean Cities program that brings together stakeholders to increase the use of alternative fuel and advanced-vehicle technologies, reduce idling and to help improve fuel economy and air quality.

For Downers Grove, where there is an estimated 49,387 people, the vehicles used by the Police Department's Community Support Officers are averaging more than 75 miles-per-gallon, replacing Ford Crown Victoria models that only averaged 14 miles-per-gallon.

The city is currently running around 83 percent of the village's fleet on some form of alternative fuel. 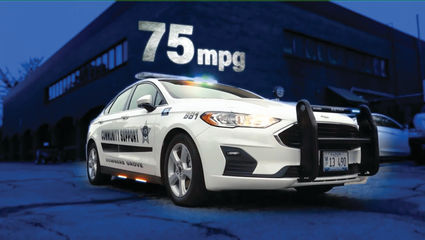 The carrying through of green initiatives like the use of cleaner has more efficient alternative fuels achieves the village's strategic plan goal of being "a steward of financial and environmental sustainability."

Using alternative fuels reduces the environmental impact of fleet operations and is more cost-effective than traditional petroleum-based products according to Koenig.

"Stan Balicki and the team with the village also regularly attend our Clean Cities meetings to learn about the latest in clean-vehicle technologies and to benchmark other municipalities," Koenig said. " Stan, who is with the Village's Public Works Department, has been activity involved in our coalition for the past 20 years."