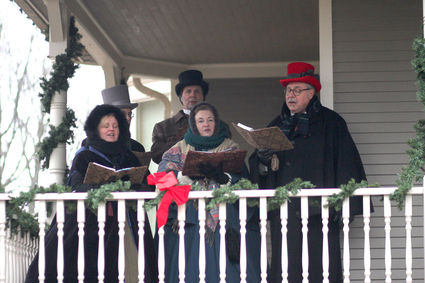 In what was a free family event that included historic sights and sounds of Victorian Christmas traditions, between 300 and 400 visitors showed up to celebrate the annual event.

From 1835 until the 1930's, the Blodgett family owned the Downers Grove land, which is now a museum.

This year, in the 1892 Victorian house, Santa stopped by for a visit, where there were also games, crafts, a card-writing station where the cards written are given to children in hospitals and a scavenger hunt for fun and other types of Christmas clues.

One thing that changed this year, was the tree decorating contest, where the trees are judged online by Downers Grove Museum Facebook followers and are on display during "Merry and Bright".

"It's a local event where we have had a lot of success before," said Recreation Supervisor of Historical Programming Felicia Camacho. "It's free and open to the public, a good way to see Santa and with all of the games and crafts that is always enjoyed by families with kids."

On top of the new tree decorating contest, the museum opened up the 1846 house to the public for the first time, which Camacho said gained a lot of interest for those who have never been to the event.

Because the event had different activities at surrounding houses and for those who wanted to see all of the new games and history, those in attendance had to walk outside to get from place to place.

For those who traveled frequently, they could warm up near a campfire while they roasted marshmallows. 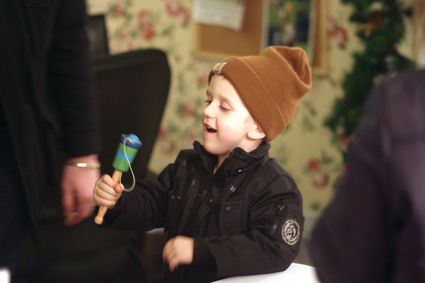 Families and children had the chance to enjoy fun games and activities at the Downers Grove Museum.

Other holiday snacks and beverages were also available for purchase from Wells Street Popcorn and the Questers Cookie Sale inside the Victorian Blodgett House.

Throughout the museum campus, the Canterbury Carollers, where they dressed up in an authentic period costume that was the ensemble back in the Victorian era, played Victorian-era carols.

Towards the end of the night, the Downers Grove North High School choir performed throughout the campus, exciting the crowd with more music.

"Something I noticed is that even though we usually host the event the second Saturday in December every year, people really like to learn about the history of the Victorian era so they enjoy doing the luminary walk where they can understand a little bit more about the holiday traditions back in that era," Camacho said. "I always enjoy people coming here and learning things they didn't previously know before visiting."