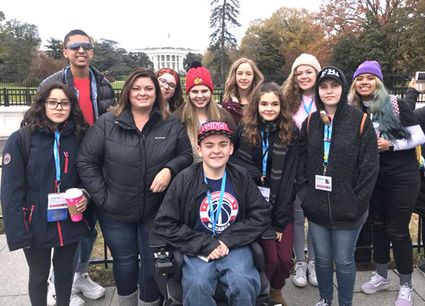 On November 20, Joliet West students had the chance of a lifetime.

The Tigers Journalism team boarded a bus and traveled to the nation's capital, with hopes of winning competitions at a national level.

This year, the National High School Journalism Convention took place in Washington D.C., and for the first time, West students were contenders in a variety of contests.

Galloy, who is a graduate of Saint Xavier University where she earned her BA in English with minors in Secondary education and Journalism with her MA in Instructional Technology from Olivet Nazarene University, is in her 18th year of teaching.

"I feel journalism is one of the most relevant and important subjects to teach," Galloy said. "Journalism integrates such important skills like digital citizenship, media literacy, and creativity in a connective and authentic way."

During the competition, there were 2,126 competitors in the contests and only 864 students received awards.

"Thousands of students compete each year in JEA's national media contests in everything from broadcast, photography and design to sports, feature and review writing," Galloy said. "There is a contest for each skill practiced in a 21st-century media classroom." 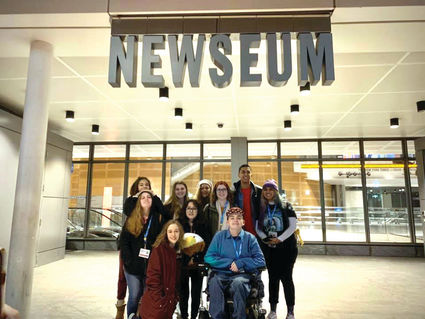 Besides learning from some of the top professionals in the industry, Galloy and her students also visited the Newseum, which will close the end of this month, toured the White House, attended an NBA game (which was the first time for all students) and explored the city.

Galloy said although it was an experience none of them will forget, she didn't want the efforts for those who helped getting the students to Washington D.C. to go unnoticed.

"The trip was costly and we had to get creative with fundraising," Galloy said. "Besides fundraising efforts we also applied for and received grants and special donations, so without the support of those who helped us the trip wouldn't have been possible. So we are forever grateful."