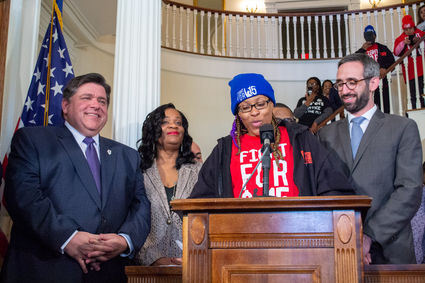 The state's minimum wage will increase by $1 hourly, recreational marijuana will go on sale to those over 21 years of age, and some state taxes and licensing fees will increase when the calendar hits January.

The changes are among hundreds resulting from laws passed during a busy legislative session which adjourned in early June.

Marijuana Legalization: With the legalization of adult-use marijuana in the state, Illinois residents will be allowed to possess 30 grams of cannabis flower, 500 milligrams of a marijuana-infused product and five grams of cannabis concentrate. Non-residents can possess half those amounts.

Consumption of marijuana will still be banned in public places, however, unless a licensed marijuana facility or certain lounges obtain local government clearance for allowing use at their facilities.

Marijuana legalization will also provide for the expungement of low-level cannabis convictions and criminal records in the state, the first of which were filed in Chicago this month.

The licensing fee for a trailer weighing less than 3,000 pounds will increase to $118 from $18, with every weight class above that also seeing a $100 increase.