Flores and the driver, Martin Hernandez, 19, were taken into custody 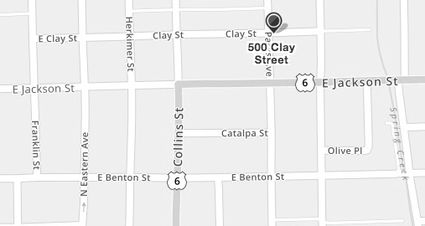 Two men were arrested after Joliet police reportedly heard them fire several rounds from their car on Dec. 7.

Shortly before 8 p.m. police were in the 400 block of East Jackson Street when they heard gunfire and saw a vehicle speeding northbound on Parks Avenue.

Police pursued the vehicle to the 500 block of Clay Street where Angel A. Flores, 20, ran out the passenger door while clutching the waistband of his pants, police said.

After a foot pursuit, Flores was taken to the ground by police and a loaded handgun came out of his shirt, police said.

Flores and the driver, Martin Hernandez, 19, were taken into custody and officers searched the vehicle to find spent shell casings inside, according to police reports. Investigators believe Hernandez had fired several rounds in the air and Flores took the gun before the car pulled over.

Hernandez, was arrested on charges of aggravated discharge of a firearm, aggravated unlawful use of a weapon, unlawful possession of ammunition and disobeying a traffic control device.

Flores, was arrested on charges of aggravated unlawful use of a weapon, unlawful possession of ammunition and obstructing a police officer.

Both men live in the 500 block of Ohio Street, according to Will County jail records.

Nothing was reported struck by the shots fired from the vehicle.