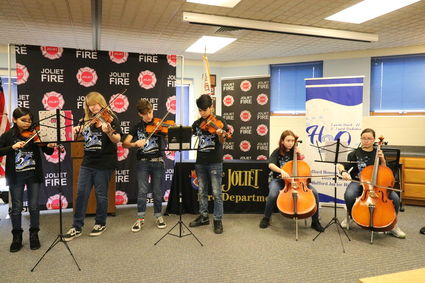 holiday music. Visits included 1340 WJOL, where the students played a few songs live on the

J.F. Kennedy Administrative Center, and Hufford Junior High School. The group, made up of

Superintendent Dr. Theresa Rouse also joined the students at a couple of the stops playing her