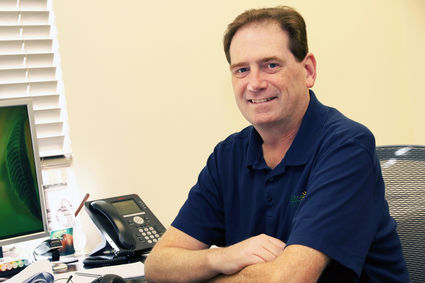 When his bladder cancer returned in 2019, Gavin McHugh, 54, a Naperville

resident, knew he was in for a more complex surgery than the one he had in 2018 to remove a tumor from his bladder

wall. The cancer was aggressive and removal was necessary.

His doctor would have to not only remove his bladder but build a new one out of a section of his colon, a

procedure called a cystectomy with neobladder.

Ranko Miocinovic, MD, a urologist with DuPage Medical Group, opted to use one of Edward Hospital's four da

Vinci robots to perform the surgery. The da Vinci Surgical System - one of the most advanced surgical technologies

available - offers a minimally invasive alternative for many complex surgical procedures, like McHugh's.

With da Vinci, surgeons work at a control panel near the operating table and use hand controls to guide robotic

delicate and precise movement of the instruments. The robotic "wrists" rotate 540 degrees, providing access to hard-to-

reach areas of the body and unprecedented accuracy, flexibility and range of motion.

"One of the greatest benefits is that we're able to send some of our patients home sooner," says Dr. Miocinovic,

who performs nearly all his surgeries using da Vinci.

In McHugh's case, Edward was one of the few hospitals in the state to offer the procedure using the da Vinci

system. McHugh was home less than two weeks after his surgery and back to work shortly after.

"I was along for the ride," McHugh says of his surgery. "Everybody did what they needed to do and the way they

needed to do it.

"Everything was an absolute breeze," he adds. "There were no complications whatsoever."

As a precaution, McHugh underwent chemotherapy after surgery. He is happy to report a recent CT scan showed

"Everyone went out of their way to make me feel comfortable," he says. "They really cared about the outcome."