Salvado, 17, was one of 33 U.S. athletes chosen to represent the U.S. at the world championships 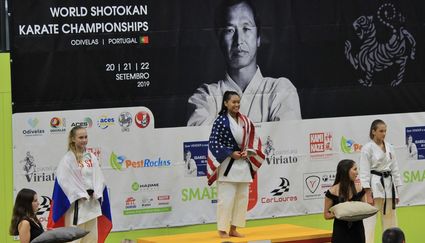 "Everyone was screaming when the scores finally came in," Salvado said. "It didn't really sink in that I won a gold medal until a few days later."

Salvado, 17, was one of 33 U.S. athletes chosen to represent the U.S. at the world championships.

On the first day, Salvado competed against 42 females in the Cadet Ladies Individual Kata (16-17 years old). Kata focuses on the forms of karate in a routine-like format, Salvado said.

Salvado tried not to compare herself to other athletes as she prepared for the first day of competition.

"When I went to warm-up for the first time, it was really intimidating because it was my first worlds competition and I saw all of the other countries warming up," Salvado said.

Gaining focus and confidence was key to earning her first gold medal, she said.

"I am really happy I was able to represent the U.S. the way I did," Salvado said. "It was a great honor to be selected for the team, but to be able to carry the flag at the top of the podium, I'm really proud of that." 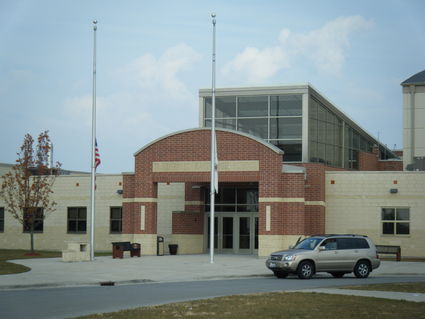 Salvado advanced to the 18-20-year-old kata division after securing her first gold medal. She didn't place in that division but said she will still benefit from the experience.

"The 18-20-year-old division was a lot harder than I thought it was going to be," she said. "The girls in that division are such strong competitors and I can learn a lot from them."

After returning from the World Championships, Salvado said she has been training a lot more at the Illinois Shotokan Karate Club with Sensei Prayag Patel.

"Ever since I won, I am scared of losing," Salvado said. "I want to keep up with my skills. I can't stop training now. I have to keep up the momentum because this is my prime."