Everyone knew Dennis, even if they didn't know his name 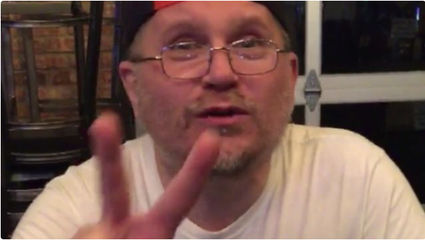 Anyone who ever visited a bar or restaurant in the Joliet and Crest Hill area knew Dennis Ledenbach, Jr.

They may not have known him by name, but, they knew the guy who often times donned a Chicago Bears, Star Wars or WWE wrestling shirt and much of the time appeared to be working when he wasn't on the clock.

That is what Ledenbach was doing Sunday.

He was hanging out at Anthony's Restaurant & Pub near the Louis Joliet Mall in Joliet.

As he usually did, Ledenbach, 46, made the trek home via bicycle and somewhere between 2 and 4 a.m. was apparently struck by a vehicle and left on the side of the road just west of Caton Farm Road.

According to Anthony's Facebook page, Ledenbach is scheduled to be taken off life support on the afternoon of Friday, Dec. 13.

"Dennis loved his UFC and loved his Bears," said Nick Skiadopoulos, General Manager at Anthony's. "He would come here in the morning and leave when we closed. He was comfortable here.

"He helped us out and we helped him out. We at Anthony's are heartbroken over this tragedy. Dennis was well liked - a friend of may patrons and a part of the Anthony's family. He brought smiles to many of our faces and we urge anyone with information to contact the Crest Hill Police Department."

A year ago, the staff at Anthony's helped Ledenbach and they plan to do it again. 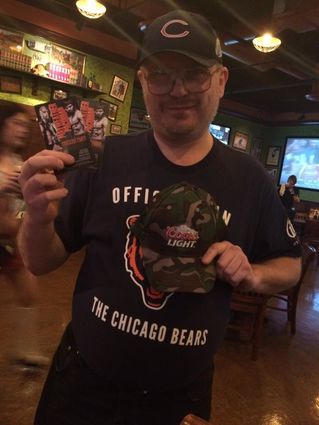 "Last year, his bike was messed up, so the employees got money together and we bought him a new bike," Skiadopoulos said. "We will be hosting a fundraiser to cover costs

One of the bartenders at Athony's has started a GoFundMe page at https://www.gofundme.com/f/honoring-the-life-of-dennis and there will be a fundraiser held at Anthony's Restaurant & Pub. Date and time will be released on their Facebook and Instagram pages when details are final.

Anyone with information is urged to call Investigator Joel Steen with the Crest Hill Police Department at 815-741-5115. Anonymous tips can be left with Will County Crime Stoppers at 800-323-6734.

Check back for more details and more stories on how Dennis touched those who knew him.