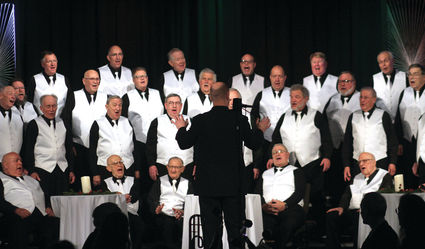 The Chorus of DuPage brought a Christmas present a little early to Lisle this year.

That present was a performance at the Trinity Lutheran Church Green Trails.

Throughout the entirety of the show, popular songs excited the crowd such as "It's Beginning to Look A lot Like Christmas", "Jingle Bells", "Deck the Halls", "Ding Dong Merrily on High" and "Go Tell it on the Mountain".

Ahlgrim, who has been an assistant director and director throughout his career, joined the Chorus of DuPage nine years ago.

"It's been a blast ever since I was named the Director," Ahlgrim said.

In the group, there is an average of 45 singers who perform at their concerts where they travel around DuPage County. 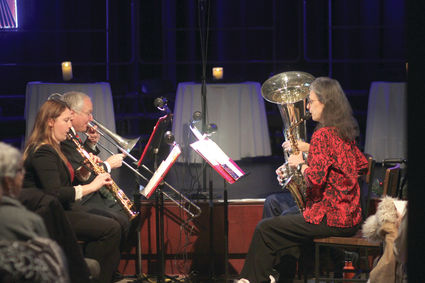 In order to get each and every song down the way that Ahlgrim wants, he said that the rehearsal and practice time really determine the success when the group performs.

"Our priorities of barber shoppers lean more towards entertaining all of the audiences we perform in front of," Ahlgrim said. "We have competed in the past, we have gotten most improved chorus one year, but the gentleman seem to really prefer to just entertain where the audience can get a lot out of it.

"You have to really understand your singers when you're choosing music and our weekly rehearsal focuses a lot on fine tuning songs, music and we send out learning tracks where all of the guys can really practice and learn all of the songs while they're at home."