Mr. Claus shares experience of how he's just happy to be alive, and his purpose with Christmas 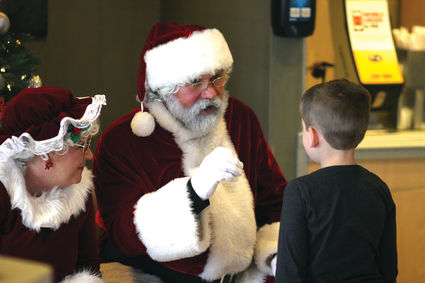 Mr. and Mrs. Claus stop by McDonald's in Plainfield.

With Thanksgiving officially in the rear view mirror, the Christmas spirit is taking place.

Mr. and Mrs. Claus stopped by the McDonald's on Route 59 in Plainfield to take photos, talk and listen to what all of the boys and girls want this year for Christmas.

"We started doing this about nine years ago for our grand-children," Mr. Claus said. "After a couple years somebody who saw us at one of these events asked us if we would do it for a family that was down and out."

Not only does the couple stop by local McDonald's, but they also visit hospitals, churches, pre-schools and nursing homes.

What started off visiting just four McDonald's, has now blossomed into 14 during this holiday season.

"We do it to give back to the community as well as enjoying the fellowship with the parents and the season," Mr. Claus said.

Giving back to the community is something the couple said is very near and dear to them, especially because of a recent scare that Mr. Claus suffered.

Three months following the health scare, Mr. Claus also had surgery on his carotid artery, where doctors told him it was 95 percent blocked. 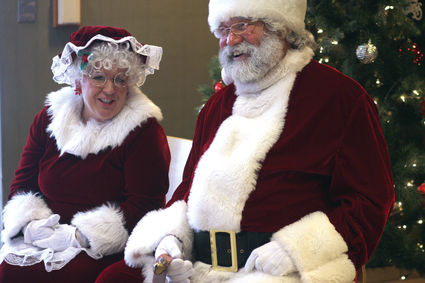 Christmas joy gets spread to restaurant in Plainfield.

While Mr. Claus acknowledged he still has a long way to go, giving back to the community and seeing all of the happy children they impact is the best medicine he can have.

To go along with the trips to local McDonald's, the couple has other avenues to bring joy to people.

Mr. and Mrs. Claus also have a church in Minooka where they have 12 meals for 12 adopted families.

On Friday and Saturday, the couple delivers six meals and presents each day for the kids, making their Christmas one to remember.

"You don't realize how many people just down the road from you need groceries," Mrs. Claus said. "People might have lost a job, or their parents are broken up and all kind of other situations, so we're just trying to find ways to help the kids any way we possibly can, because those are the ones who suffer."