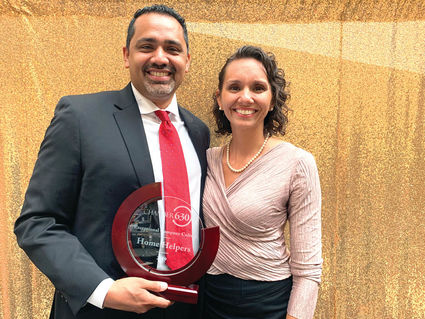 Michael Gonzalez has always wanted to do two things, help people, and be an entrepreneur.

Gonzalez, who recently won three awards, has been an owner of Home Helpers of DuPage and Will counties since 2008.

Because of the work he has done, he was recognized by the International Franchise Association (IFA), his local chamber of commerce and Home Helpers Home Care.

Home Helpers Home Care is home care after someone has left a hospital or rehabilitation service, and still has common care needs at home.

Gonzalez' grandmother, who was a business person as well, started to get sick which is when the idea of helping not only her, but others kicked in.

As that situation was occurring, Gonzalez wanted to help more than he originally was.

"I was looking into into Home Care as a business model," Gonzalez said. "I came across a article in a entrepreneur magazine where a guy, just like me, didn't have any medical background but he still founded a business."

For seven months on his lunch break, Gonzalez contacted sales reps and asked questions about how the business of home health care actually works.

After those seven months, Gonzalez graduated from with his Masters in History at DePaul, and then in July of 2008, his new business of Home Helpers started.

The first award Gonzalez won, the IFA award, is a prestigious accomplishment for a franchise owner, and Gonzalez was recognized at the IFA's Franchise Action Network Annual Meeting in Washington, D.C., in September.

To go along with the first award Gonzalez won, the second one was where he was honored by his local chamber of commerce, Chamber 630. 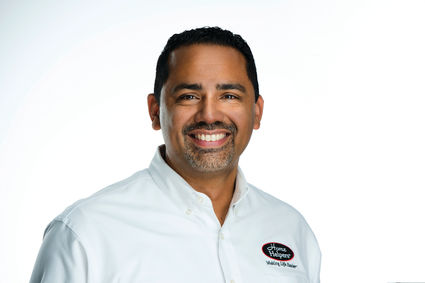 The organization presented Gonzalez and his Home Helpers of DuPage and Will franchise with the Exceptional Company Culture award at the end of August.

The third and final award Gonzalez collected for his efforts, is the top distinction from Home Helpers: The Home Helpers CEO Award.

This venerable award recognizes a franchise that demonstrates strong commitment to his or her franchise, as well as the entire Home Helpers and DirectLink franchise community.

"It's a huge honor not just for me, but the many great people I've worked with over the years," Gonzalez said. "This is a collected effort group award, we're all very glad Home Helpers Home Care has been a success."