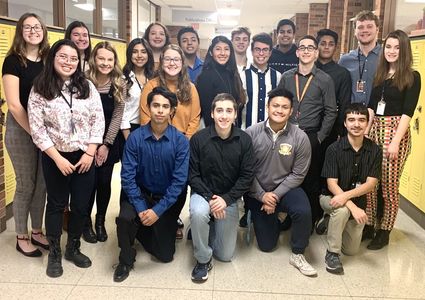 The Joliet West High School Mr. and Miss Alpha Omega Finalists for the 2019-2020 school year were announced this week.

Seniors with a minimum cumulative GPA of 3.5 for seven straight semesters are eligible to submit a letter of application that is evaluated by four administrators. Scores determine the top 10 male and female finalists who are eligible to compete for the title of Mr. and Miss Alpha Omega, first runner up, and second runner up. Finalists submit a cover letter, resume, and participate in an interview conducted by a panel of judges. Mr. and Miss Alpha Omega and runners up are announced at Senior Awards.