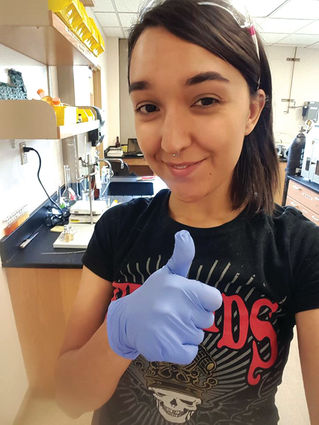 The distance separating Bolingbrook and Sitka, Alaska is 2,314 miles, but for Jordanne Pelkey a trip to the great land state was worth it.

A Bolingbrook native and senior Biology major at Fort Lewis College in Colorado, Pelkey said her love for science started in Junior College when she took a plants and society class.

"The class taught us a lot about the prairie ecosystem and a lot about the tall grasses and carbon cycle," Pelkey said. "It was just really intriguing to find out about how things actually worked."

Besides her love for the field of science, Pelkey has also been an artist her entire life, which she said contributes to her love for society.

This past summer, unexpectedly, Pelkey said she received an e-mail that gave her the chance of a lifetime.

"One of my colleagues also received this e-mail about this opportunity to go to Alaska," Pelkey said. "She said she was going to apply, so I sent in my 150-word paper on what I thought I would get out of the trip."

What followed after the 150-word letter was an acceptance for the trip.

The conference that started on Halloween and went through November 3 had a lifetime worth of experiences for Pelkey.

She had the chance to engage in scientific talks, speak with seminar speakers, participate in educational workshops and went on a whale watching tour.

"The whale watching was on a boat in the ocean which was something that I thought was outstanding," Pelkey said. "I've never done anything like that in my life before."

The conference and travel was funded through the Biomedical and Student Training (BLaST) grant from the University of Alaska, Fairbanks. 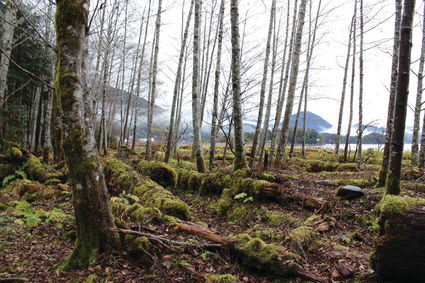 The conference focused on the topic of OneHealth, which is an idea that the health and well being of the environment, animals and humans are all interconnected.

This Sitka WhaleFest has been a program of the Sitka Sound Science Center for two decades, and Pelkey said she was just very honored that she had the chance to go and meet some of the speakers.

"There was a series of about 10 talks with speakers that we had the chance to do and I would say that was my favorite part about the trip," Pelkey said. "After all of the talks the speakers would go into a separate room with all of us and talk to us personally.

"One of the nights there was this speaker named Jackie Hildering who is a Marine Detective and it was just so amazing to here her speak and how beautiful the ocean is, I had such an amazing time on the trip."