Why start a business when you can start a movement? 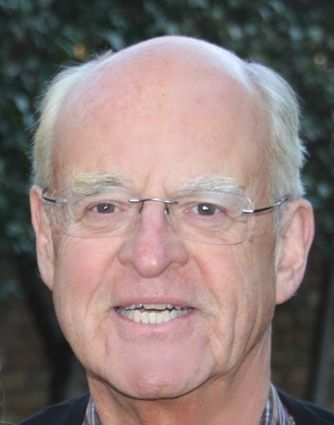 This column proposes a powerful, practical, if highly unconventional, way to start a national conversation, even a movement, that could possibly help restore a healthy American democracy and solid economic future, and maybe even replace one of our two bankrupt political parties.

Politics and policy are today focused on supporting old coots like me (I'm 78), and the boomers who followed, through oppressive government debt, mountainous student loan burdens, inadequate investment in research and higher education, and generally listless K-12 education. The consequences of our selfish, debt-fueled pandering to my generation will be paid by those who are in college today. Embarrassing.

In the present era, national politics are shaped by winning intra-party primary elections, which are largely captured by activists at polar extremes. The great swath of us in the middle are marginalized, having little impact on who become candidates.

I propose a nationwide competition - with big prizes - among teams at our business school MBA programs, to develop the best "business plan" for creation and implementation of a new, competitive political party. Why start a business, I say to the MBA students, when you can start a movement?

A new political party is really just a start-up, nonprofit enterprise. I used to run US Senate and other major political campaigns. For each, we developed a campaign plan to operate the equivalent of a lively business for one year. Without a good plan, no success. A new party would need a terrific plan.

Why focus largely on the business schools? (I would indeed open the competition to teams from elsewhere.) Because many of the brightest and most successful of the coming generation are enrolled there. They need to appreciate they have a huge stake in the future, and my generation is strewing shards of glass in their path.

We should also disabuse business school deans who might think the business of America is solely about business. Wrong. A stable, far-sighted political system is an absolute precondition to a flourishing, sustainable economy.

For example, after World War II, observers identified Argentina as the nation that had all the ingredients to be the next economic powerhouse - a well-educated, hard-working populace with substantial natural resources, unscathed by the war. Yet dysfunctional, populist Peronist and later governments crushed the dreams of a global powerhouse in Argentina.

My proposal is that MBA students, plus teams from elsewhere, be assigned the task of developing a plan for a new, national third party.

After all, the Republican Party began as a third party, founded in 1854 in the midst of the implosion of the Whig Party. Just six years later, Republicans captured the White House with 39 percent of the popular vote in a four-party contest, and saved the Union.

There would obviously be daunting challenges to creation of a successful competitive new party for the political contests after 2020.

For example, students of political parties will point out the original GOP rode the coattails of a searing matter in the North - extension of slavery - and that a new political party begun in 2020 would lack such a riveting issue.

Second, a new party would probably have to appeal to those of us located somewhere along the middle of the political spectrum; unfortunately, moderation famously lacks that emotional appeal necessary to drive voters to the polls.

Third, at least as I see it, a new, future-oriented party would have to promote some jarring, even painful policies; for example, reduce benefits a bit now to extend Social Security and Medicare programs into the future, increase revenues for long-term research investments, and curb health care expenditures.

To counter these challenges, a successful plan would have to arouse constructive fear - the great motivator - that our student generation will otherwise inherit a society bereft of the resources necessary to fuel a prosperous society for themselves and their children.

A new political party can also benefit from the immediacy and ubiquity of social media, for marketing, recruiting, fundraising.

I am thinking prizes of $1 million for the winning team, half that for second, less for runners-up. I see half of each prize going to the team members, the other half to be applied as seed-money to start implementation. I am right now casting about among my few, really deep-pocketed friends and acquaintances to recruit interest in funding the idea.

Sure, the idea is eccentric. But I'll bet that in 1854 unimaginative folks in central Illinois thought the awkward, unschooled young lawyer from New Salem and his political buddies were also off on a fool's errand.

I think such a competition could fascinate America. The public might even be involved in the voting among competing finalist plans.

What might the bright young leaders of tomorrow come up with? Are they up to the challenge? Are we?